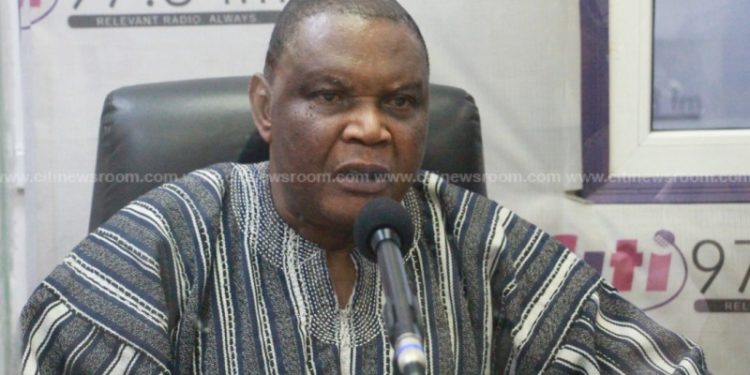 Minister of State at the Ministry of Agriculture, Dr. Nurah Gyeile says it will be difficult to announce a completion date for the government’s one village one dam policy.

He explains that this is due to the different dates the contracts were awarded and some technical issues faced in certain areas.

So far, 88 of the dams have been constructed though most of them are yet to be fully operational.

Speaking on Eyewitness News, Dr. Gyiele however said three of the dams in the Jirapa, Nandom and Tolon districts which are in use, have been fixed with the right technologies to reduce water wastage during the dry season.

A research by the Peasant farmers Association of Ghana had concluded that 90% of the dams constructed in the Upper East Region cannot be used for irrigation.

According to them, these dams do not contain enough water to be used by farmers to irrigate their farms.

The Association claims the dams in question could be described as domestic or livestock in terms of use, but Dr. Nurah Gyeile has dismissed the claims.

“I am disputing this. We set out to do over 560 dams for people in the rural areas and [out of this number] we have given out contracts for 457. They are at various stages of completion. If a dam is not completed, you can never judge a dam. You cannot say a dam that is not completed and contains little water cannot last. We were judged based on a wrong assumption,” he said.

On the government’s one warehouse one district policy, the Minister said 80 warehouses have already been given on contract, while they are seeking to construct additional 50 this year.

“As we took over and went through the books and field visits, we realized some districts already have warehouses that were built under other agricultural projects. Even if you don’t have a warehouse, we will provide one but where there is a warehouse and it is not utilized, we will not provide another. We have provided 80 warehouses and this year we are thinking of another 50,” he explained.