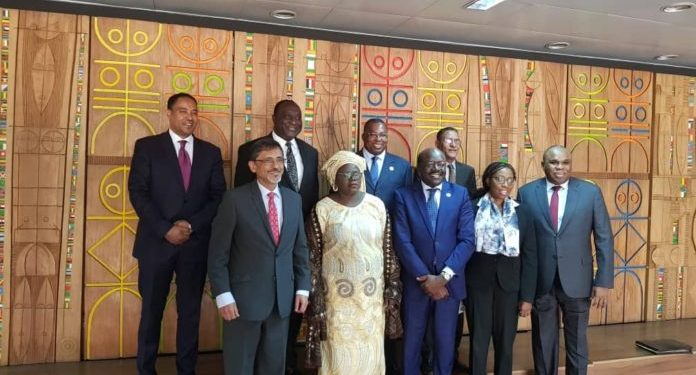 One hundred and twenty-five candidates, all African citizens, applied for the Secretary-General position of the African Continental Free Trade Area which is located in Accra, a source close to the African Union Commission has said.

Two prominent Ghanaians, including a former Minister of State under the previous administration, made it to the shortlist of 30 candidates but could not make it to the final shortlist of six candidates who are currently going through a series of evaluations. The finalists are from Kenya, South Africa, Nigeria, Democratic Republic of Congo, Liberia and Morocco.

Trade and Industry Minister, Alan Kyerematen, is a member of the Selection Panel representing the government of Ghana in choosing the Secretary-General of AfCFTA and is in Addis Ababa, Ethiopia, for the exercise.

The Selection Panel is interviewing the six shortlisted applicants at the African Union Commission Headquarters in Addis Ababa as part of the selection process. The successful candidate is expected to start work from March 2020 in Accra, after approval from the Heads of State during their Summit this weekend.

Only one preferred candidate will be recommended to the Summit of Heads of State. Other members of the Selection Panel are the AU Trade Commissioner, South African Trade Minister, Senegalese Trade and Industry Minister, the UNCTAD Secretary-General, the Executive Secretary of UNECA and the President of AFREXIM Bank.

The African Continental Free Trade Area is a single market Duty-free Quota-free trading bloc covering the entire African Continent with a total population of about 1.2 billion and a combined Gross Domestic Product (GDP) of almost US$3 trillion. The operational phase of the Agreement was formally launched on 7th July 2019 at the African Union Summit in Niamey, Niger.

Ghana is hosting the AfCFTA Secretariat, which is expected to be a game-changer and launching pad for the Ghanaian private sector to explore and exploit business opportunities in Africa.

Mr. Kyerematen indicated to lawmakers sometime in 2019 that hosting the Secretariat is without a doubt an important major step in Ghana’s march toward economic prosperity, and requires the support of all Ghanaians.