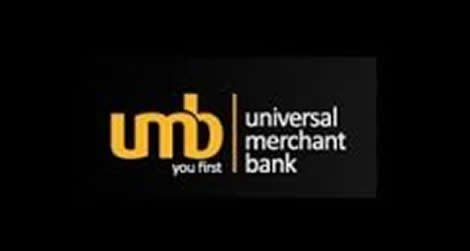 Tension seems to be growing  among staff of Universal Merchant bank following the bank’s move to embark on a voluntary redundancy exercise.

Citi Business News has learnt management of the bank have served staff, with letters requesting anyone who wishes to voluntarily resign, to do so before Monday, the 22nd of September, 2014.

Citi Business News has also gathered that the bank since its takeover by Fortis last year, is undertaking some restructuring exercise which includes the closure of some units in the bank.

This appears to have caused some apprehension among the staff.

Citi Business News is also informed the exercise is expected to cut down the labour force by about 70 to 80 people.

Meanwhile General Secretary of the Union of Industry, Commerce and Finance Workers Union (UNICOF), John Esiape speaking to Citi Business News said UMB must come out clear on the development.

“The package is not detailed enough. There must be further expatiation of the package”, he said.

According to him, “it is one thing to float a package and another to implement it. The implementation can create some problems and disputes. Because we value the relationship and the fact that there must be no acrimony when it comes to such a voluntary exercise, we thought it wise that we should engage management to appreciate how implementation will be done and even make some inputs so that both parties will be clear on the way forward.”

BA to continue with flight ban to Liberia