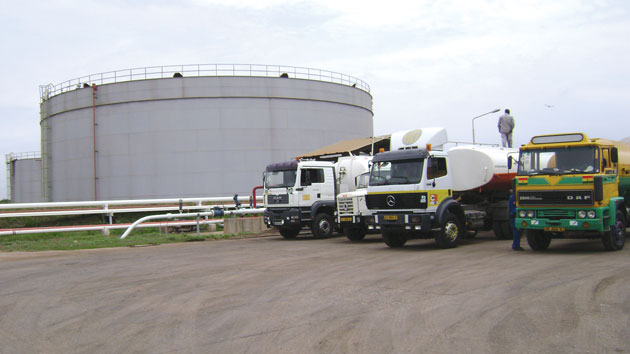 More than 100 workers of the Bulk Oil Storage and Transportation Company Ltd (BOST) have been directed to reapply for their various posts as part of ongoing restructuring of the company’s operations.

On December 2, 2014, management directed workers at BOST head office to re -apply for up to three different portfolios.

But the Senior Staff Association of BOST is suspecting foul motives by the management of the company.

According to the workers, management has started recruiting new staff in breach of the company’s policies and the labor laws of the country.

“Every company can restructure depending on the new strategy you are formulating, currently there is no new strategy, job evaluation has not been done, and certain key things that necessitate restructuring have not been done. But every other person has been asked to reapply for his current job. We find it worrying”, Chairman of the Senior Staff Association Albert Mantey lamented.

The Board of BOST has been unsuccessful in its attempt to resolve demands by the Senior Staff Association for the immediate suspension of the ongoing restructuring exercise.

A meeting between the board, management and staff on April 9 to address the concerns of the workers was inconclusive.

“We are expecting them to go ahead and address the challenges because if you overstaff the company, eventually the company cannot hold the burden of the staff core”. Mr. Mantey added.

However Citi Business News investigations have revealed serious divisions within the workers union of BOST.

Four out of five executives of the senior staff signed onto the petition that was presented to the board.

The General Secretary of senior staff Joshua Sackey was not a signatory to the petition and he thinks the issues raised are frivolous.

“I don’t see what problem we have here, what other labour law concerns this employment (by BOST). For God’s sake BOST has seen an expansion in its operations”, he defended.

But Albert Mantey is accusing his colleague of being compromised.

“Even at the board room, when majority make a decision , you may disagree , but you sign and agree to that decision because majority carries the vote. People like this are hypocrites”, Mantey fumed.

Another statement from a group called the concerned senior staff association members of BOST led by Nana Siriboe , Augustine Yeboah has also rubbished the concerns of their leaders.

In a statement sent to Citi Business News, the workers said,
” Staff are unaware of any disconnect between the Managing Director and the other management staff. Operations at BOST are running smoothly, we have petroleum reserve for the country, depots are making product gains, gas mandate is being pursued etc.

If it is true that Management staffs have been side-lined in the day-to-day activities of the company, they should speak out.

If there is any form of division in BOST it should be laid directly at the door-step of the chairman of the senior staff association”.

But Mr. Mantey said the current division within the BOST workers union must be addressed or might soon collapse the company.

“The company is divided…we are calling on the powers to solve the problem that is in the company because this problem is geminating small and it may get out of hand”, he demanded.

He says the company will address the matter soon.