SEC clears Starwin board on sale of shares to Dannex 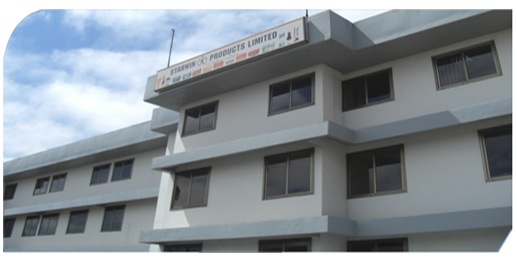 The Securities and Exchange Commission (SEC) has cleared the board of directors of pharmaceutical firm Starwin of any wrong doing in the sale of majority of its shares to pharmaceutical giant Dannex through a rights issue.

[contextly_sidebar id=”9O9w3oLZRaj74C2WS7AhSXC5XXpaz7OO”]Starwin in December 2014 sold 68.64 percent stake of the company to Dannex at a cost of over 5.5 million cedis through a rights issue.

But the board of directors of Starwin a few days after the rights issue were dragged to the Securities and Exchange Commission by Mirfield properties limited over allegations of violating Starwin’s regulations during the issue.

The complaint which was filed by Mirfield properties and signed by Dr Micheal Kwasi Boohene had requested SEC to investigate the conduct of the board of directors of Starwin and IC properties on the company’s rights issue.

Mirfield had claimed Starwin’s board had violated some of the company’s regulations during the rights issue.

However SEC in its ruling on the matter said Starwin did not violate any regulations.

According to SECs ruling in a letter dated the 27th of March,2015 on the matter, on the first issue which is ‘paragraph 1.1 on page 16 of the offer document which Mirfield relied upon, states that it was when the unsubscribed renounceable rights were going to be issued to prospective investors not existing shareholders that the directors may intervene to allot same to investors they deemed fit.
In this case Dannexx was an existing shareholder and so Dannex was not a prospective investor to rigger the intervention of directors before the shares were allotted to it.
The situation that would warrant the intervention of directors in allotting the unsubscribed renounceable rights did not therefore arise and the respondent cannot be faulted on that’.

On the second issue which is ‘paragraph 1.7 on page 21 of the offer document shows that again the company and its advisor IC Securities would collaborate to allot unsubscribed rights renounced by qualifying existing shareholders only when they are allotted to new investors. Again this situation did not arise for the intervention of the company and its advisor to collaborate in allotting these shares.
since the situation that would warrant the intervention of directors in allotting the unsubscribed renounceable rights to new investors did not arise , the respondent cannot be faulted on that , as well as Danex which was an existing shareholder’.

SEC further added that the ‘last argument contained in your complaint regarding the violation of regulation 9 of the regulations of Starwin cannot hold in the light of the fact that on the 19th day of June 2013 the shareholders of the company in a General Meeting held at the Osu Ebenezer Presbyterian Church Hall passed two resolutions to approve the rights issue.
Further on the 21st of May, 2014, the board of directors passed four resolutions authorizing IC Securities to proceed to executive the rights issue’.
–
By: Vivian Kai Lokko/citifmonline.com/Ghana

Tullow to comply with ITLOS ruling