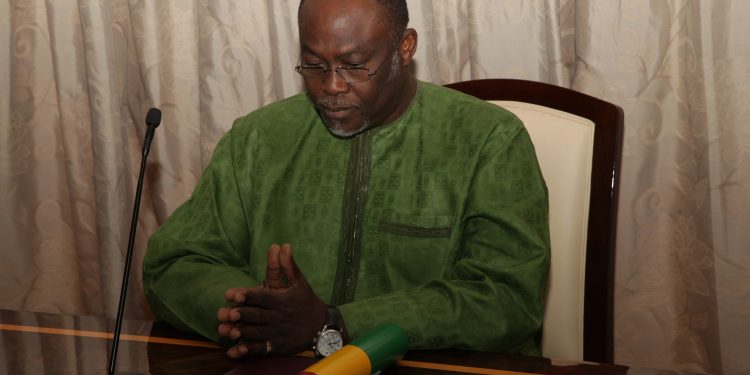 In a defiant response, Trade and Industry Minister Ekow Spio Garbrah has stated he does not need a Presidential or Cabinet permission to write a letter promising a government contract to DICs that will help the Mahama administration pay a GHc197 million judgement debt incurred by the erstwhile Mills government against the state.

Mr. Gabrah’s comments fly in the face of a standing government directive issued in 2012 that demands that all judgement debts and claims above GH¢10 million should be submitted to Cabinet for approval prior to settlement and payment.

The same guidelines provide that the Attorney-General “may settle claims up to an upper limit of GH¢ 10 million without the prior approval of Cabinet.”

However in an interview with Eyewitness News anchor Richard Dela Sky, Mr. Gabrah failed to state whether his attempt to help raise money to pay the GHc197 million Ghana cedi debt fully met the conditions precedent defined in the 2012 Cabinet directive.

The Minister said other ministries and the Attorney General’s Department were duly informed about the contract before the said letter was signed.

“The action was known to those Ministers who needed to know them including the Minister of Finance and the Attorney General’s Department and they have received the responses of the Destination Inspection Companies (DICs).

The letter was not written with secrets or confidential even stamped on it. It is open that is why some of you have gotten copies of them.

There is nothing confidential about it,” he noted.