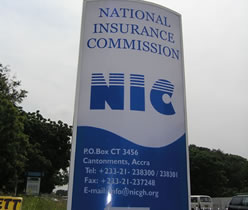 For a breakdown of the new policy, annual premium for third party insurance for example now costs, GH¢471 for private cars, which prior to the review was at GH¢70; while that of taxis have been priced at GH¢576 per annum.

But the insurance commission received heavy backlash from car owners and commercial drivers who threatened to strike if the new rates were implemented.

Yesterday 9th June, 2015, however the National Insurance Commission announced the increment has been suspended for now.

According to the commission the suspension is to allow for broader consultation with stakeholders.

It is however unclear how long the implementation of the new rates will be put on hold.

Revenue target for cocoa will be met-COCOBOD