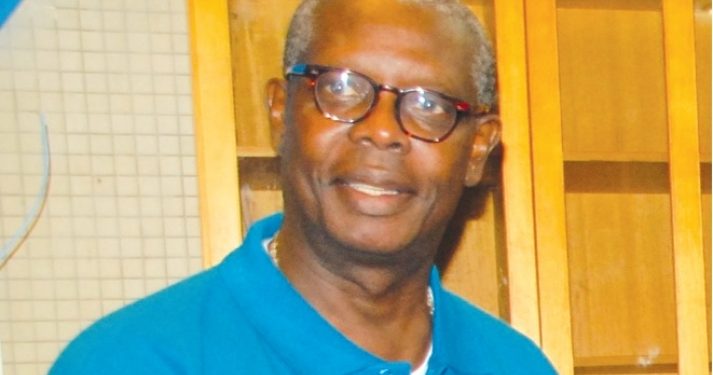 They were giants in their own right and were well known to have played significant roles in the business and corporate worlds.

[contextly_sidebar id=”IIKEfb3Z4SnP3CHp5wZQRKylE7wvWRrR”]But before the year 2015 came to an end they were called by our maker.

In all two notable key personalities in the business and corporate world departed from earth in 2015.

The first to have departed was the former Board Chairman of Ecobank Ghana Lionel Van Lare Dosoo.

He had occupied Ecobank’s board chairman position since 2010.

Mr. Lionel Van Lare Dosoo was the Independent Non-Executive Chairman of the Board of Ecobank Ghana Ltd from April 24, 2010 until his death.

He was appointed as chairman for the  task force set up by President John Dramani Mahama to work on the establishment of  Ghana Exim Bank.

Subsequently he became the Chairman of the Board of the Ghana Exim Bank from February 2015.

Mr Dosoo was also a board member of the newly created Ghana Infrastructure Investment Fund and was the Deputy Governor of Bank of Ghana from 2000 to 2009.

Other positions held during this period include Head of Planning, Logistics and Implementation Committee of the Ghana Cedi redenomination exercise (2007), Member and Representative of Bank of Ghana on the Revenue Agencies Governing Board (Chairman 2005 -2008), and Member of the Committee on the Design and Implementation of the e-Zwich Platform for financial institutions.

He graduated with a Bachelor of Science degree from the New York University (Stern School) in 1982.

The second prominent business personality to have departed this earth this year was the former First Vice President of the Ghana Chamber of Commerce and Industry (GCCI) Dr. Prosper Adabla.

Dr. Prosper Adabla died on Saturday July 25, 2015 after his three story building which he was putting up around cantonments in Accra collapsed on him.

He together with two others died after an uncompleted  three-storey building caved in on 22 people injuring more than a dozen people.

The news of his death shocked many in the private sector and business world due to his prominence in those fields.

He was an industrialist, a financial consultant and businessman.

He was a member of the committee that worked on the feasibility studies for the establishment of a Ghana Import and Export Bank, Exim.

He was the founder and CEO of New Capital Holdings Ltd a  Holding Company with a number of Subsidiaries involved in Import & Export, Manufacturing, Financial Services, Lobbying and Political Mediation, Economic Research, Business Advisory and IT Services.

Dr. Prosper Adabla held a BA. in Business Admin & Journalism from the City University of New York (Baruch College), a CPCU from the college of Insurance NY, and a JD from Rutgers University School of Law in New Jersey.

He was an old student of Kumasi High School.

How new taxes law will affect you