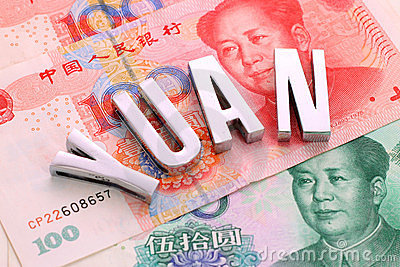 The Chinese yuan will join a basket of the world’s leading currencies, the International Monetary Fund announced Monday.

chinese[contextly_sidebar id=”XECgRuFgPQ6WiSHjwlGSyVrRnrIKeo5h”]The IMF said that the yuan “met all existing criteria” to be included with the U.S. dollar, euro, Japanese yen and the British pound as one of the currencies used for the global organization’s Special Drawing Rights, which serves as a standard for dealing with the financial reserves of its 188 member governments.

Currency traders and economists say the move should encourage the government in Beijing to deliver on promises to make the yuan “freely tradable” and to open up its financial system.

The country has historically pegged its currency to the dollar, giving it an advantage in exporting goods to the United States and helping it to emerge as a manufacturing powerhouse.

IMF Managing Director Christine Lagarde said the inclusion was “clearly an important milestone in a journey that had begun months, if not years ago” to a “market-driven” economy in China.

The decision was based off the volume of exports involving the yuan and its use in the financial markets, among other factors.

Lagarde said she would have reserved judgment about the yuan’s addition a year ago.

But China reformed the openness of its policies in setting interest rates and the transparency of its data. The IMF chief said the decision was an “indication of the reforms that have been implemented and will continue to be implemented.”

The U.S. Treasury Department said it supported the recommendation by IMF staff that China’s currency — also known as the renminbi — be included in the Special Drawing Rights basket.

The IMF’s decision is set to take effect in October 2016.