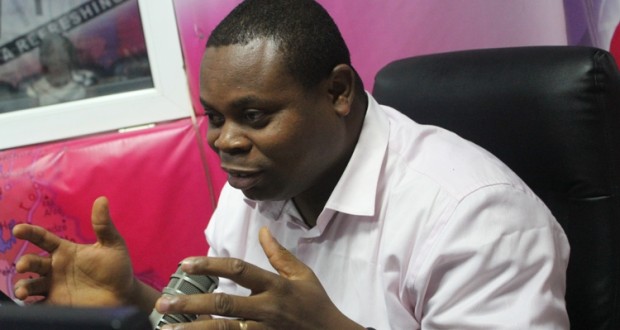 A member of the Application Evaluation Panel (AEP) of the National Communications Authority (NCA),Derek Appiah, is challenging President of IMANI, Franklin Cudjoe, to put out the name of the member of the panel who leaked a report on the Evaluation and Selection process for Interconnect Clearing House (ICH) .

According to him, members of the AEP, presented and handed over the report to the board of the NCA and cannot be linked in any way to the supposed leaked document.

This comes after Franklin Cudjoe disclosed on Citi FM’s current affairs show, “The Big Issue” that a member of the panel handed the report to them.

Reacting to the allegations, Derek Appiah rejected the accusation insisting that the panel members are of high integrity.

“We signed the last page which is the final page and left, so there is no point in time that we could have a copy and I am talking about the integrity of the panel members which I am saying is impossible for anybody on that panel to have given any signed report to anybody in the public domain,” a Member of the Application Evaluation Panel (AEP) Derek Appiah lamented.

Meanwhile the National Communications Authority, (NCA) has released what it calls the authentic report of the Application Evaluation Panel (AEP) on the award of the contract for the Interconnect Clearing Services.

The report, published on the NCA’s website on Sunday February 14 2016, followed immense pressure on the Authority to release the report since IMANI Ghana published a damning report in which it alleged that the processes were skewed to favor Afriwave.