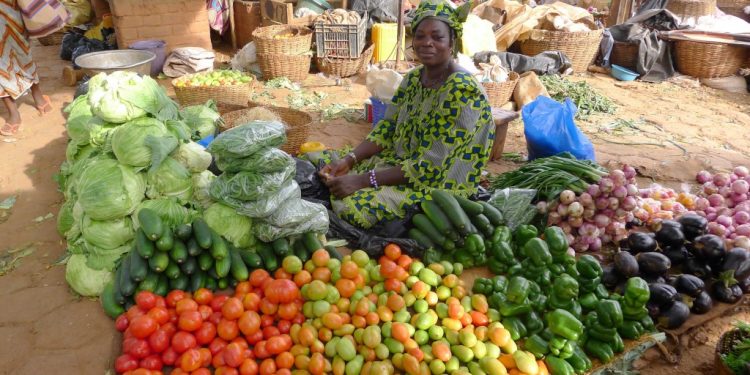 Prices of some foodstuffs are expected to shoot up if the current weather conditions persist. According to ESOKO, price of tomatoes could increase to about 35%, while maize could go up by 5% in the next three months if there are no rains.

Though the price of tomatoes has seen continuous reduction of at least 15 percent in the last three weeks, ESOKO fears the price will shoot up in the next three months should the dry season linger on.

In an interview with Citi Business News, the Content Producer at Esoko Ghana Commodity Index (EGCI),Francis Danso Adjei said if the rains do not come in soon, Ghana is likely to face a serious food shortage which will have an effect on the prices of goods sold on the market.

‘‘With the current weather condition, we know basically that Ghana’s agricultural activities are rain fed. So we plant according to the rain fall pattern. If the rains do not come in, at the expected time that we anticipate it to, it shortens the length of the season,”

“When you look at the planting season for tomatoes, we expect that from now, till the next two months, maybe an average of about 35% increase,” he stated.

“We expect that rice would be stable because we still have some rice in the country. We expect the price of maize to also be very stable. Occasionally moving up by 5%’’.

‘‘If the drought persists, then it means we are going to have some kind of crisis because then it means that the assumptions that we are making will not hold and the prices will increase,’’ Francis Danso Adjei added.