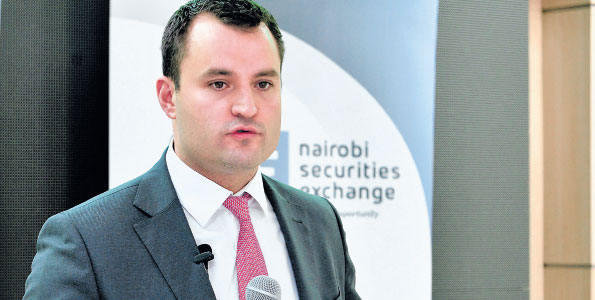 Atlas Development shareholders have approved a change of name for the NSE-listed firm and the issuance of 600 million shares sold in a private placement in London last month.

Atlas raised $5 million (Sh501 million) in the private placement done on February 16, with the funds earmarked to finance the feasibility study and initial construction work for a glass manufacturing plant in Ethiopia.

The firm had proposed the name change from Atlas Development & Support Services (ADSS) Limited to Atlas African Industries Ltd to reflect the company’s shift in focus from the logistics and service segment of Kenya’s nascent upstream oil sector to manufacturing in Ethiopia.

“The placing shares are proposed to be admitted on the London Stock Exchange AIM market and the Nairobi Securities Exchange GEMS on or before March 15, 2016 subject to receipt of relevant approvals,” said Atlas in a notice to the respective exchanges.

The ADSS was forced into the move by the downturn in the oil prospecting sector, which led to net losses of $9.6 million (Sh970 million) in the year ended June 2015 compared to $5.8 million (Sh585 million) a year earlier.

With the liquidation of Ardan, Atlas will join cross-listed Ugandan power utility Umeme as the only companies on the Nairobi Securities Exchange roll without a physical business presence in Kenya.