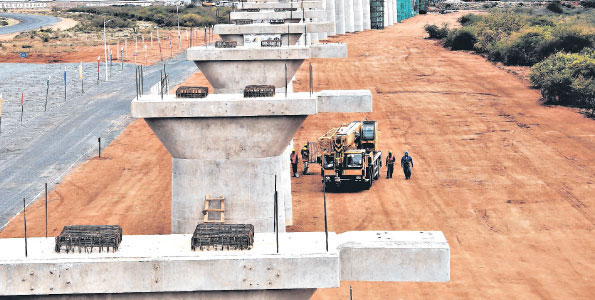 Real estate has continued on an upward trend with Nairobi county government- which approves all developments in the city- recording a six per cent jump in the value of approvals last year.

Although a lot of real estate activity is ongoing at the city, other counties especially those around Nairobi have seen huge growth in the number of malls, apartment blocks and single residential units due to the relative low cost of land compared to the capital.

These include counties like Kiambu that has several ongoing and planned real estate projects like Two Rivers Mall and Tatu City. Areas like Ngong, Ongata Rongai and Kitengela which are in Kajiado County have also seen huge growth in construction projects.

Bamburi Cement earlier this month reported it has earned Sh1 billion from supply of cement to the SGR contractor making it one of the biggest gainers from the ongoing construction of the Mombasa-Nairobi line.

The cement maker said that it supplied 300,000 tonnes of cement to the rail project since September 2014.