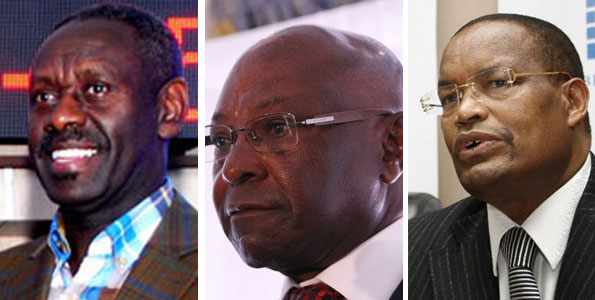 The Capital Markets Authority (CMA) says in its latest statement that it has fined Standard Investment Bank (SIB) Sh758,858 for facilitating one Henry Ngati Nugi to inflate the share price of Kenya Orchards over a three-month period in 2014.

The regulator says SIB effected and thereby “facilitated numerous transactions in the Central Depository System account of an Investor who was selling Kenya Orchards shares and leading to price increases contrary to the provisions of the Capital Markets Act”.

Other brokers cited for price manipulation are Faida Investments, SBG Securities and Dyer and Blair. NIC For their part, Capital, Kingdom Securities and Sterling Capital have been reprimanded for misrepresenting information to clients in pursuit of business interests.

Kenya Orchards’ share price rose more than 20-fold, from Sh11.90 to Sh190 per unit, in three months between August and October 2014 in what the regulator attributes to manipulative trading by Mr Ngati whose trading account has been frozen.

Mr Ngati made capital gains of Sh374,926 from his ingenious trades that the regulator later retracted and retained in the investors compensation fund.

The trader invested Sh53,800 to buy 5,500 shares of the agricultural company and used the same to drive its share price by selling small lots of 100 at progressively increasing prices of between Sh11.50 and Sh190. The share is currently trading at Sh97 but there has been no trading on the counter this month.

The CMA accuses Mr Ngati of “occasioning an artificially induced market price rally, leading other participants in the market to purchase the security on the mistaken belief that the ‘inflated price’ reflected a true value of the share”.

Price manipulation usually involves playing the role of seller and buyer — creating an impression of heightened activity in a counter whose impact is to lead other people to think that something material is going to happen.

SIB has been penalised double the capital gains booked by Mr Ngati plus the commissions made from the trades.

The capital markets regulator accuses the brokers of being party to “a price manipulative scheme which interfered with market price formation and fair trading process whereby client transaction instructions were input without any or sufficient oversight”.

Analysts, however, queried the regulator’s price manipulation charge, arguing that the market is controlled by rules of willing buyer and seller with overvaluation of counters as a common occurrence at the Nairobi bourse.

Most investors at the NSE usually peg their investment decisions on sentimental attachment to a counter or information in the press.

The naivety of such investors exposes them to manipulation by their sophisticated counterparts who reap big while leaving the majority with shares whose value is consistently declining.