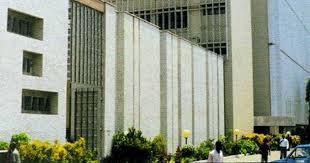 This is the observation of Economist, Dr. Godfred Bokpin.

[contextly_sidebar id=”8BzdpHS6hgWfkDfIycTnn8BGQHusKBka”]According to him, a reduction in the central bank’s policy rate would have enabled commercial banks address challenges such as high incidences of Non-Performing loans due to high interests.

The Monetary Policy Committee of the Bank of Ghana, at its MPC meeting on Monday, maintained the policy rate at 26 percent.

This is the second time the rate has been maintained this year.

Governor of the Central bank, Dr. Henry Kofi Wampah attributed the decision largely to the country’s inflationary trends and a marked improvement in the country’s energy sector.

But Dr. Godfred Bokpin in an interview with Citi Business News, described the Bank of Ghana’s decision as sub-optimal.

“It is sub-optimal; it is not the optimal thing to do. I am of the view that the rate could have come down a bit as a way of signaling to the market that things are easing. Ultimately we have to grow the economy and to do that we are looking at bringing down the policy rate. 26 percent is already high enough and that in itself is contributing to a high productive cost base and that makes businesses quite non-competitive,” He stated.

Dr. Bokpin added, “The higher interest rates are causing Non-loan performances in the system and we have to be looking at addressing these things and I believe that we have done enough to contain the threats of inflation and we should be going for growth policies now.”

Dr. Bokpin’s comments supports earlier ones calling for a reduction made by some economists and bankers prior to the announcement by the Monetary Policy Committee on Monday.