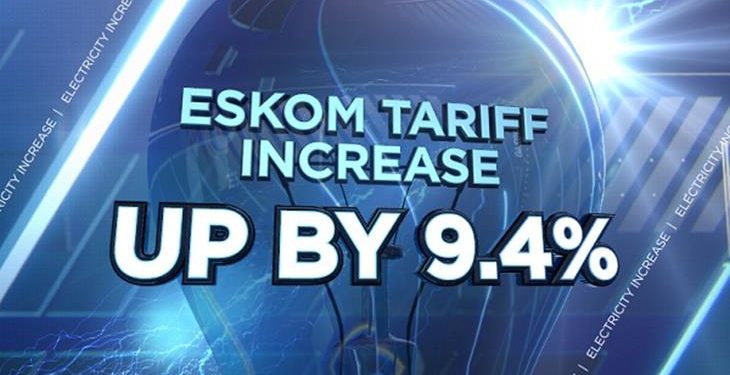 South Africa’s Energy Regulator said on Tuesday it had allowed state-owned power firm Eskom to raise tariffs by 9.4 percent in the 2016/17, less than what had been requested by the cash-strapped utility.

The National Energy Regulator of South Africa (NERSA) announced that it would not grant Eskom the 22.8 billion rand difference it requested for the costs incurred in the production of electricity in the 2013/14 financial year.

“The energy regulator decided that the average tariff for standard tariff customers be increased by 9.4 pct for the 2016/17 financial year only,” the regulator’s Chairman Jacob Modise told a media briefing.

“We note NERSA’s decision and will study the details contained in the reason for decision document once received before commenting on its implication,” said Group Chief Executive of Eskom Mr Brian Molefe.

“Eskom has noted NERSA’s decision, which yet again doesn’t address the question of Eskom’s continued financial sustainability. In addition, it will have operational consequences.”

He adds:”The recovery of diesel costs is now seriously in question with NERSA’s current decision. We will do our best to minimize the risk of load shedding, striking a balance with Eskom’s already depleted balance sheet.”