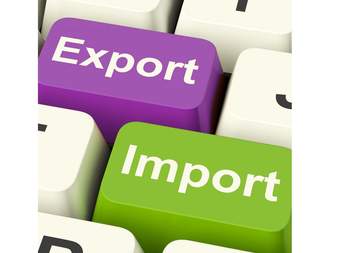 The coverage of food imports through exports has dropped in the first two months of 2016 to 80.6% from 123% in the same period in 2015, according to data from the Ministry of Agriculture, Water Resources and Fisheries published Saturday.

The Department explains this decrease by the significant decline in export revenue (-41%) and imports (-9.8%), bringing about a financial deficit of the food trade balance that has reached 102.6 MTD against a surplus of 134.6 MTD in the first 2 months in the previous year.

As for the export of seafood products (fresh and frozen) and vegetables, they posted a decline of 39% and 11%, respectively, against a stability in revenue from date sales at around 72.4% despite the 4% rise in exported amount.

However, other food products posted an increase in value by 33% in the same period, including fresh vegetables, particularly tomatoes from geothermal water-operated projects and potatoes. This is the same for canned fish and pastry which recorded a change of 22% and 11%.

According to statistics from the Ministry of Agriculture, this decline is due to the decreasing pace of import of some basic food products such as hard wheat (80%), barley (17%) and vegetable oil (46%) due to the fall in imported quantities and prices on the international market.

The value of import of other food products such as potatoes which grew 94% because of the rise in amounts and prices by 40% and milk derivatives (13%), while hard wheat stabilised at around 106 MTD.

The value of food import in the first two months of 2016 accounts for 9.1% of the country’s overall imports against 9.3% in the same period last year.