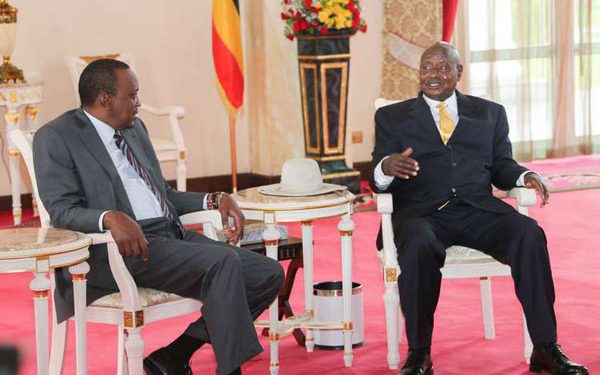 President Uhuru Kenyatta and his Ugandan counterpart Yoweri Museveni are today meeting over the route for the planned $4 billion crude oil pipeline to transport the two country’s oil.

State House spokesperson Manoa Esipisu said in a statement that, “they will discuss the construction of the Uganda-Kenya oil pipeline, a key plank of the Northern Corridor Infrastructure Projects (NCIP).”

Tullow Oil, French company Total and China’s CNOOC are part of the meeting being held at State House, Nairobi.

The deal between Kenya and Uganda has been shaky with the latter under a MoU with Tanzania, exploring the Tanga route despite an august last year agreement to have the resource pass through Lamu.

Uganda has in the past yielded to pressure from Total to withdraw from the Northern Kenya route, citing insecurity concerns.

“Kenya favours the “northern route” through Lokichar, because as part of the Lamu Port, South Sudan, Ethiopia Transport (LAPSSET) project, it would transform infrastructure and the way of life of the people in the towns and counties across its path,” said Esipisu in a statement.