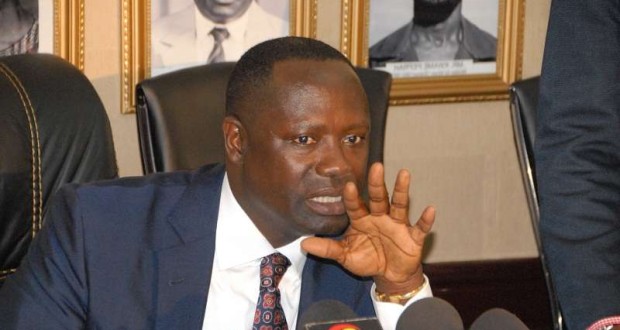 The Minister of Petroleum, Emmanuel Armah-Kofi Buah has lashed out at the West African Gas Pipeline Company (WAPCo) for disconnecting gas supply to Ghana over the country’s debt to the company.

According to him, the company’s decision is not economically viable since the Volta River Authority (VRA) will need the gas to operate before it can pay the debt.

Already, the Managing Director of WAPCo, Walter Perez has warned that the company will take drastic action against the government of Ghana if it fails to pay the debt by end of the year.

But speaking at a conference in Accra, Mr. Buah also cautioned that WAPCo’s actions could generate adverse reactions from other parties which may not auger well for the company in the long run.

“My plea to the supplier and transporter of gas is that they should kindly bear in mind that the debtor must continue to live to be able to pay his debts…dialogue remains the tool of choice for securing a mutually acceptable solution,” he said.

“I reckon that a company has every right to operate as a business but WAPCo also has to take into consideration the facts on the ground. I would suggest that that you take a more pragmatic approach to your decision-making,” he added.

He pointed out that, although WAPCo seems to be monopolistic in the industry, there is a limit to the powers of the company over the players in the value chain.

“WAPCo should bear in mind that that its actions or inactions can generate adverse reactions from other parties which may not auger well for their business in the long run,” he cautioned adding that “WAPCo needs to be more creative in the face of the new global oil and gas environment”.

Explaining his comments, Mr. Buah stated that WAPCo’s tariff setting mechanism was not competitive since the company solely relies on its monopoly to determine prices.

“Tariff setting ought to recognize the principle of equating landed price of gas at one set location with that form alternative sources like LNG, indigenous gas, and even liquefied fuel to ensure there is competitiveness around the outcomes,” he said.