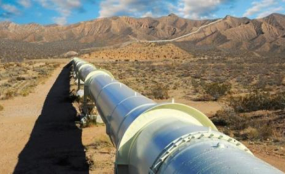 Uganda, Tanzania and French oil company Total E&P, the lead joint venture partner on the proposed crude oil export pipeline are considering getting on board a transactionary adviser to advise them on getting a lead investor and the $3.55b (Shs12.6 trillion) required for financing the project.

A concept brief for the project issued by the ministry of Energy yesterday indicated that the parties are looking at before end of this month to put out a Request for Proposals for a consultant who will, among others, review proposals (once Statements of Qualifications are issued), manage international competitive tenders and advise on the selection of a suitable investor for the project.

The 1,445km pipeline dubbed the East African Crude Oil Pipeline (EACOP) from Kabaale (Hoima District) down south en route to Tanga Port at the Indian Ocean will be financed through debt financing, Tanzania’s minister of Energy Sospeter Muhungo revealed on Monday in Kampala.

ADVERTISEMENT
“We will have to go to the international markets to raise capital, because as countries we don’t have this money,” Mr Muhungo said during the launch of the Front-End Engineering Design (FEED) EACOP.

Discussions are ongoing to form a Special Purpose Vehicle (referred to as Pipe Co), to construct, own and operate the EACOP and will as well negotiate the Shareholder’s Agreement, Project Financing Agreements and Transportation Agreement between shippers of oil from Tanga Port to the international market. Pipe Co will pay back the lenders from the project returns.

Pipe Co shareholders will fund EACOP through a mix of equity and project financing, seeking to achieve between 60 per cent and 70 per cent of external debt. The financing plan, is however, still subject to discussions pending getting on board a transactionary adviser and completion of the FEED.

The FEED will focus on the technical requirements to give a clear picture of the project and ensure the Final Investment Decision (FID) is reached by end of 2017 and pave way for detailed engineering, procurement and construction by early 2018 with minimal technical, cost and schedule risks.

Besides the length of 1,445km, other proposed accompaniments include, eight stations and a marine export terminal at Chongoleani, near Tanga Port, a fibre optic cable to allow communication between Hoima and Tanga, and a high voltage line to supply power to the various trace heating stations.

Uganda’s (Brent) crude oil has low sulphur content – making it heavy, waxy and and solidifies at room temperature, requiring the heating of the pipeline (to keep at above 50 degrees Celsius) for it to flow through. EACOP will thence be the longest electrically heated pipeline in the world.

The project concept indicates further that various pre-development studies have been carried out on the pipeline route with the aim of integrating all project constraints, including technical (slopes, road/river crossings, geohazards, weather conditions), environmental (national parks, reserves/forest areas), and social constraints (avoid resettlements).

“One of the main objectives of the studies is to identify a route that minimises impacts on the environment, on local communities, on project development costs while offering the highest system availability to ensure continuous and safe,” the document reads in part.

The document also notes that the two countries are currently working on finalising an Inter-Governmental Agreement, the foundation on which the project will be built, that will be signed jointly by the heads of state. The agreement, which will be followed by a list of Host Government Agreements (HGA) that will define the rights and obligations between each State and the EACOP project, will later be ratified by the respective parliaments.

Construction of the pipeline, expected to start early 2018, is projected to take 36 months during which between 6,000 and 10,000 jobs are expected to be created.

The two countries are still furthering discussions on other subjects among others taxes, tariffs and related inter-governmental agreements. It is expected that Tanzania will charge Uganda a tariff/transit fee of Shs40,321 ($12.2) for each oil barrel going through the pipeline.