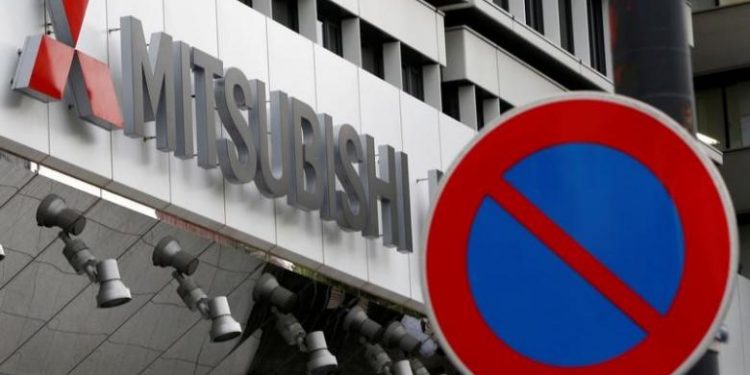 The company logo of Mitsubishi Motors is seen behind a traffic sign at its headquarters in Tokyo, Japan, August 2, 2016. REUTERS/Kim Kyung-Hoon

Mitsubishi Motors Corp (7211.T) on Tuesday said it expects a smaller full-year net loss than previously forecast due to lower costs and the impact of a weaker yen, after swinging to an operating profit for the third quarter.

Net profit reached 6.3 billion yen, down 18.3 percent from the same period a year earlier but improving from a first-half loss of 31.6 billion yen.

Domestic sales fell 24 percent in the quarter from a year prior, staying weak after the automaker overstated the fuel economy on many of its domestic models, tarnishing its brand image.

Sales in most of its other markets including Asia were also weaker, but a broad slide in the yen during the quarter slashed currency-related losses seen in the first half of the year and lifted Mitsubishi’s bottom line.

The forecasts are better than analyst estimates of an operating loss of 6.17 billion yen and net loss of 222 billion yen.

Mitsubishi said cost efficiencies resulting from its alliance with Nissan Motor Co Ltd (7201.T) would improve its bottom line this year. It said it had reorganized the engineering division involved in the mileage manipulation scandal and improved testing processes to prevent a repeat.

Nissan in October acquired a 34 percent controlling stake in Mitsubishi in a 237 billion yen deal, pledging to help its smaller rival recover from the scandal.

Mitsubishi also said it expects the domestic currency to trade at around 109 yen per U.S. dollar in the second half of the year, weaker than an initial forecast of 100 yen.

Chief Financial Officer Koji Ikeya said the automaker wanted to increase U.S. sales in the longer term, adding that it was closely watching changes in U.S. trade policy under President Donald Trump, who is pressing for more products sold in the United States to be made locally.

The automaker last year shuttered its only U.S. factory in Illinois due to sluggish sales. It now relies on exports for the U.S. market, which accounts for about 9 percent of its global sales. The automaker counts Asia as its biggest market.