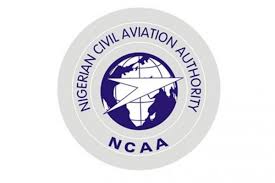 The NCAA, apex regulatory body of air travel business in the country, said the motive is not to ground any airline, but to ensure strict compliance with the standard rules and prevent compromise amidst economic challenges.

An intensive economic audit of the airlines may, however cost the number of operating flights to reduce, with lesser number of air passengers and revenue accrue to the regulatory agencies.

NCAA Director General, Muhtar Usman, yesterday told reporters in Lagos that the number of domestic flights operated had dropped significantly.Usman noted that the agency recorded an average of 597 flights daily in 2016, a drop from 700 recorded in 2015.

The DG said the drop in flight figures and revenue were not unconnected with the challenges of economic recession, paucity of foreign exchange, difficulties in repatriating funds by the foreign carriers and perennial scarcity of aviation fuel.

Usman, though denied knowledge of a popular airline still owing seven months salary till date, said the NCAA was set to intensify the rate of surveillance.

He said: “Audits are being carried out as and when due. The owing airlines are up to date on payment based on the agreement we signed in December last year. One of the things we have decided is to increase the rate of surveillance to ensure that people are doing what they should as and when due.”

On some stakeholders calling for his sack over alleged poor run of result, he said the achievements of NCAA in international ratings since he came on board would speak for him, adding that he would not join issues with his aggrieved senior colleagues.

Airport Security Consultant, Group Captain John Ojikutu (rtd.), had consistently warned that an airline that cannot meet its financial obligations on fuel, maintenance and pay salaries is a risk to safety in the sector.

Ojikutu added that the airlines making money from ticket sales have no excuse with the inability to meet financial obligations.He urged the regulators, especially the NCAA to audit the airlines to determine their debts or financial health and also the sustainability of their operations.