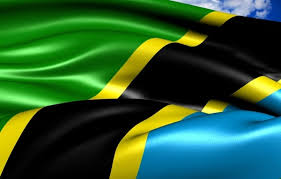 President John Magufuli has directed responsible authorities to revoke licences issued to investors for a meat factory and mining in Shinyanga Region.

Dr Magufuli moreover announced that the Revolution Day would be marked countrywide to accord it the status it deserves. Addressing the public in Shinyanga yesterday in marking the Revolution Day, President Magufuli, who is on a working tour of the region, said the meat investor, Triple ‘S’, acquired the meat factory when he (the president) was the Minister for Livestock and Fisheries, but has not yet started production to date.

“Triple ‘S’ acquired the meat factory when I was the minister for livestock and fisheries development and now I am the president and the factory has not started operating. I cannot give them more time,” he explained.

He directed regional leaders, ministries of Finance and Planning; Industry, Trade and Investments; and Agriculture, Livestock and Fisheries to cancel the Triple ‘S’ project. “Look for another investor for this project.

We cannot wait for 10 years for an investor to start operations. Shinyanga wants to see the project up and running. There was a time we wanted t o cancel the project but polit i c i a n s defended him. This time around I do not want to see this happening.

If you fail to get an investor, bring the request to the government. We will provide funding from our domestic coffers so that the meat factory can start operating. Whoever is going to hinder this project from within my government, let me know and I will deal with them,” President Magufuli told the regional leadership. “With 20 years experience of working within the government, “I know what am talking about. I ask you to put your trust in me.

I have decided … we have decided within the Fifth Phase government to bring changes so that Tanzania can become a middle-income country.” Dr Magufuli assured small miners in Mwakitoria area in the region that no investor will remove them from the land on which they discovered and started mining gold in small-scale.

He explained that he had already issued directives to respective authorities to revoke for good the licence of an investor in the mineral sector who bought the land and issued a10-day ultimatum for the small miners and their families to move out. “Some people discovered gold in their areas.

They mined around the area for more than 10 years and then someone who has money comes and buys the land plus issuing a 10-day ultimatum to the more than 15,000 people in those areas to leave,” he said, adding in the region’s local dialect…”I say no to this during my presidency”. “I have already issued directives, the small-miners in Mwakitoria will continue mining their land and the investor’s licence should be revoked forever,” he stressed.

On TASAF, President Magufuli said the government gets loans from different financial sources to support poor households through cash transfers. After verification, it was revealed that 55,000 ghost households were among those that received the money meant for the families living in abject poverty to enable them purchase food and pay for medical care.

“This is why we must change TASAF … we cannot allow ghost households to continue receiving money meant for poor families. We must plan for these funds to go to other development projects,” he explained.

Dr Magufuli defended his cost-cutting measure since he took office in November 2015, including controlling free spending in the government, foreign travel by public servants and fighting graft and laziness. Meanwhile, from this year onwards, the Zanzibar Revolution Day will be marked countrywide with national leaders telling people its importance and achievements, unlike in the past where the Union President was required to join the Zanzibar President in marking the day.

Addressing a public rally at the Kambarage Stadium here yesterday, President Magufuli said changes on how the Revolutionary Day should be marked were reached to bring more awareness to the people and make the Union stronger.

According to the president, it was critical that all Tanzanians should know the reasons behind the day as well as the benefits recorded as a result of the historic event. “So we have decided to change the style and protocols in marking the day.

It doesn’t make sense anymore that we all have to assemble in Zanzibar to symbolise its importance. We want every Tanzanian to celebrate it and that is why I am here today,” said Dr Magufuli.

Mentioning some examples of the advantages of the Revolution and later the Union, the president said many Zanzibaris are now holding crucial posts in his cabinet, mentioning the Minister for Works, Professor Makame Mbarawa, as among them.

Delivering the message from the Zanzibar Revolutionary Government, the Minister of State responsible for Local Governments, Mr Haji Omari Kheri, said there were many advantages of the Union, recalling that more than 800,000 Zanzibaris were living and working on the Mainland as many Mainlanders were living in the Isles as well.

Mr Kheri said he was on the Mainland to deliver a message from President Ali Mohamed Shein as well as joining Dr Magufuli in marking the day as per the new arrangement.