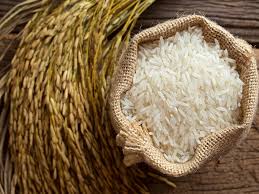 THE price of rice could rise by 15 percent if Government proceeds with the proposed re-introduction of Value Added Tax on the staple alternative, which could potentially exert pressure on the food chain, food processors said yesterday.

In the 2017 National Budget Finance and Economic Development Minister Patrick Chinamasa proposed recalling VAT on rice that was exempted by Statutory Instrument 9 of 2016.

This has prompted the Grain Millers Association of Zimbabwe, the representative body of grain processors to seek audience with Minister Chinamasa with a view to push for the continuation of suspension of VAT.

In a letter to Minister Chinamasa dated December 20 2016 and seen by The Herald Business, GMAZ said the consuming publics including boarding schools, tertiary institutions, work canteens, restaurants and several household could be affected.

“This will no doubt, create inflationary pressures in the food chain. Given the current prevalent low incomes, consumers will not be able to sustain the price increase and will invariably cut down on consumption. We therefore respectfully plead for the continued suspension of VAT on all kinds of rice,” the association said.

Rice has become the immediate staple alternative of maize and a major component in diets of many Zimbabweans as a key source of starch and carbohydrates.

As a result of increased demand as rice became an alternative staple, national consumption has grown to about 200 000 metric tonnes currently from about 50 000 tonnes in 2009.

Growth in consumption has been largely attributed to the affordability of rice and its high nutritional value as it is the most cost effective carbohydrate on the market, ahead of both maize meal and wheat flour, when the cost per unit of energy delivered is considered.

But this affordability and nutritional advantages could be threatened if Government proceeds with the proposal to re-introduce VAT.

According the GMAZ, an increase in price will trigger a decline in demand of around 40 percent from about 200 000 tonnes consumed annually.

“The current consumption levels account for over 10 000 jobs of direct and indirect employees who will undoubtedly be severely affected,” GMAZ said in its letter to Minister Chinamasa.