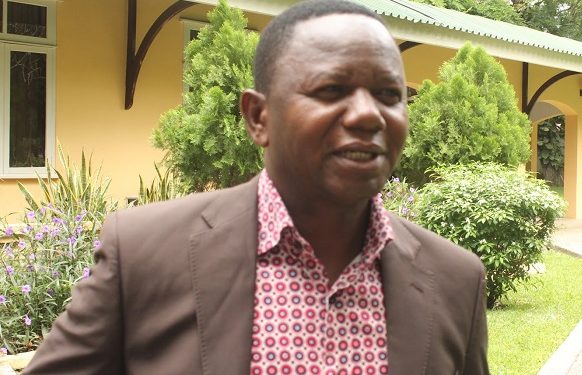 The General Agricultural Workers’ Union (GAWU), has made a call on the government to create the available market for the produce of farmers in the country.

This follows the assurance from President Nana Akufo Addo to boost the agriculture sector through new investments, when he presented the state of the nation address on Tuesday.

According to GAWU, the president did not adequately address the issue of marketing; a situation they believe could likely collapse the factories his government is planning to build.

The workers’ union also contends that the development is likely to trigger the import of similar farm produce from neighboring countries unto the Ghanaian market resulting in the huge financial losses of local farmers.

General Secretary for the Agricultural Workers Union, Mr. Edward Kareweh who spoke to Citi Business News said government should focus on measures that will create ready market for their produce.

“One of the things is marketing because when you produce and you don’t have market, certainly you cannot continue producing. For instance, if you revamp the Tomato factory and it is able to produce tomato paste that will be a great thing; but we may however have a challenge of marketing the tomatoes because the market is already choked with the imported ones, so once there is a plan to establish factories in the districts they should take account of the challenges that affected previous factories so that the new ones do not come and go through the same challenge.”

GAWU has however lauded the president’s initiative to undertake a national campaign on planting for foods and jobs as they believe this will greatly enhance the country’s agricultural sector.

“…A national campaign planting for food and jobs will be launched to stimulate this activity,an amount of 125 million Canadian dollars has been secured from Canada a friend of our nation to support the initiative”, President Akufo Addo said.

He added “To initiate the campaign the District Assemblies will be tasked to identify and register progressive farmers in each of the 216 districts. Mr.Speaker for too long our farmers have been left to cope from themselves without the necessary support from government.”