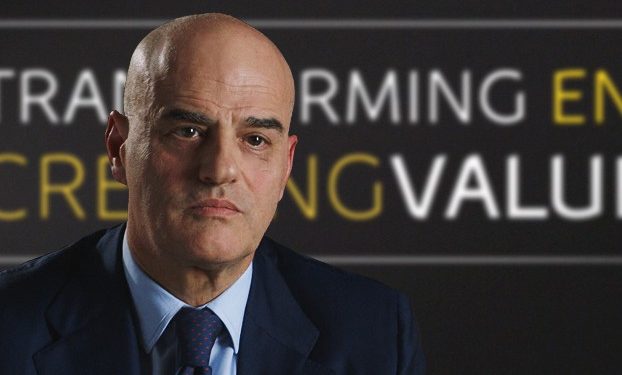 Italian prosecutors have reportedly charged Eni and its CEO Claudio Descalzi with international corruption over the controversial acquisition of an offshore block in Nigeria in 2011.

Apart from Descalzi, the charge reportedly extends to the former CEO Paolo Scaroni and nine other people involved in the $1.3 bilion deal. Scaroni served as the Chief Executive Officer of Eni from June 2005 to May 2014, when he was succeeded by Descalzi.

According to the Financial Times, apart from Eni and its former and current members, Shell has also been charged.

This is continuation of the case stemming from Eni’s and Shell’s joint acquisition of the block named OPL 245 in Nigeria. In 2014, the Milan Prosecutor’s office launched an investigation to see where the payment went and whether Eni and Shell knew, as it has been alleged that the money didn’t end up in the state coffers but was passed on further to the former oil minister Dan Etete.

Namely, the story goes that the OPL 245 licence had been owned by Malabu oil company, allegedly secretly owned by Etete. The allegations are that the Nigerian government gave the licence to Shell and Eni for more than a billion dollars, and then passed the cash further to Malabu, that is, Etete.

Both Eni and Shell have been denying any wrongdoing ever since the start of the investigation.

In a statement on Thursday, responding to latest info on the Italian prosecutors seeking trial for Descalzi, Eni’s Board again denied any wrongdoing and backed up its CEO.

The company said: “With regard to the news reported by the media on the request for trial by Milan prosecutors relating to the 2011 acquisition of a stake in OPL 245 in Nigeria, Eni’s Board of Directors, following an in-depth legal analysis, confirms its total confidence that Eni is entirely free of any involvement in the alleged corrupt conduct subject to investigation.

Offshore Energy Today has also reached out to Shell, seeking comment. We will update the article if we get a response.

To remind, according to the Economic and Financial Crimes Commission in Nigeria, a Nigerian court in Abuja in on January 26, 2017 gave an order ceding control of the OPL 245 block, to the Federal Government “pending investigation and prosecution of suspects” in the $1.1 billion deal.

Below is the Italian oil company’s record of events that led to the acquisition of OPL 245, as found on the company’s website.

“In 2009, Eni was put into contact with EVP (of Mr Obi), the representative of Malabu. In the first phase of negotiations for the purchase of a part of the OPL 245 licence from Malabu, Eni negotiated with Malabu through its representative and its financial and legal advisors (including EVP the company of Mr Obi who had a mandate from Malabu to negotiate on their behalf).

In this phase, at the end of 2010, when the negotiations had stalled, Luigi Bisignani made contact with Claudio Descalzi through the office of Paolo Scaroni. Two, at most three, telephone calls were  made without any substantial result. In fact, subsequently, for various reasons including the unclear situation concerning the shareholder structure of Malabu, negotiations between Eni and Malabu broke down.

It was Claudio Descalzi who advised the Board of Directors of Eni not to proceed. As explained earlier in this dossier, a deal was subsequently made by Eni and Shell with the Nigerian government that issued a new licence for OPL 245.

In this phase EVP and Obi were no longer involved in the negotiations. In the new deal the government took full responsibility for the settlement of outstanding disputes with Shell and Malabu and the cancellation of the previous OPL 245 licence granted to Malabu.