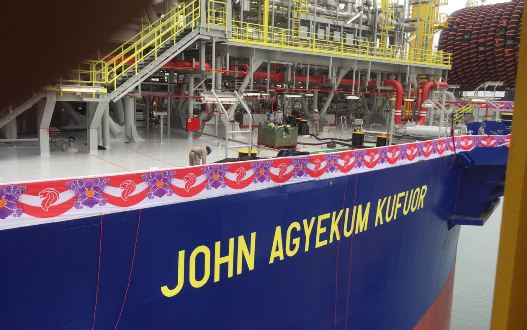 The vessel will be operating in the Offshore Cape Three Points (OCTP) oilfields in the Western Region.

The statement added that the First Lady, Mrs. Rebecca Akufo-Addo is also in Singapore to help in the naming of the FPSO.

The FPSO OCTP is the first and largest vessel in Ghana to convert crude oil and gas into finished products on the same platform.

The vessel built by Singapore’s Keppel Offshore and Marine Company Limited, will process 58,000 barrels of oil and 98 million standard cubic feet of gas a day from the OCTP fields.

It is expected to sail into Ghanaian waters by April this year.