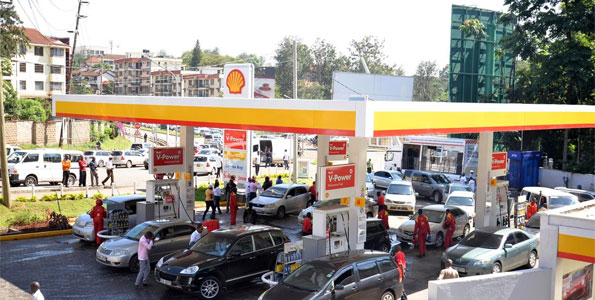 The Kenya Roads Board collected Sh18.9 billion more last year from motorists following an increase in fuel levy by Sh3 per litre, indicating the heavy burden that taxpayers continue to shoulder to maintain roads.

Latest data from KRB show that the government collected Sh51 billion fuel levy in the year to June 2016 compared to Sh32.1 billion it received in 2014/15 financial year.

The board attributed the rise in fuel levy collections to an increase in the fuel levy charge from Sh9 to Sh12 per litre of petrol and diesel.

The Sh3 increment was as a result of the introduction of the Road Annuity Fund by Treasury Secretary Henry Rotich in the June 2016 budget. In 2014, the levy was set at Sh9 per litre.

The Treasury also hit households by increasing the cost of kerosene, which is used for cooking and lighting by the poor.

Kerosene, which has been spared from excise duty, was up by Sh13 per litre.

“The board received a total of Sh51.17 billion from fuel levy, transit tolls, agricultural cess and interest income in the financial year ended June 2016, compared to a target of Sh40.54 billion and receipts of Sh32.2 billion in financial year 2016/16,” Jacob Ruwa, the board’s executive director, said in the report submitted to Auditor-General Edward Ouko for audit.

Mr. Ouko did not find any audit queries on the KRB financial statements for the year to June 2016, implying that the board kept clean accounts.

“In my opinion, the financial statements present fairly, in all material respects, the financial position of the Kenya Roads Board (operations) as at June 2016…,” Mr. Ouko said in a report that was tabled in Parliament on Tuesday.

In the financial statements, engineer Ruwa said the board allocated a total of Sh40.54 billion to the various road agencies compared to Sh25.8 billion transferred in 2015/16.

He said included in the disbursements for the year is Sh3.3 billion that was allocated to county governments in accordance with the County Allocation of Revenue Act, 2015.

“The disbursements are higher than forecast due to increased collections arising from the increase in the fuel levy from Sh9 to Sh12 per litre of petrol and diesel,” he said.

Mr. Ruwa said 93 percent of all freight and passenger traffic in Kenya is carried by road whose extensive network consists of about 161,451.4 kilometres out of which 10 per cent is paved while the rest of the network is either gravel or earth roads.

Ghanaians to participate in TIGC in London