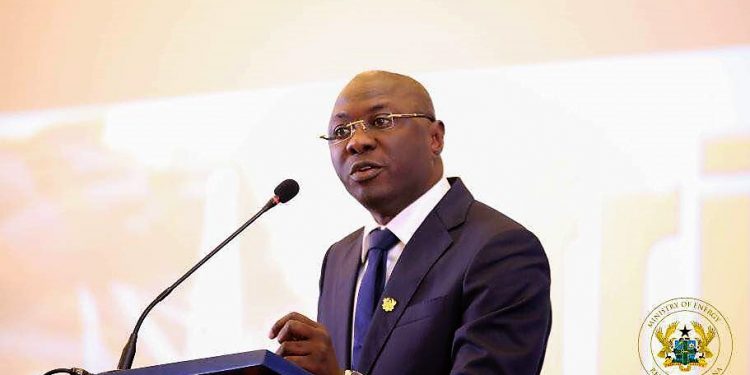 The Energy Ministry says none of the 13 petroleum contracts signed between 2013 and 2016 for oil exploration was operationalized.

The Ministry says the said companies which were contracted by the former government to drill 14 wells spent only $95 million instead of the $890million they were supposed to have spent as stated in the contract.

He added that “the 13 companies were supposed to drill 14 wells but as we speak to you not a single well has been drilled. And so when Aker Energy is drilling wells and someone is engaging in semantics, this is exploration wells, this is appraisal wells, drilling a well is not easy.”

Meanwhile, government has debunked assertions by IMANI Africa that Ghana will lose some 30 billion dollars if the Petroleum Agreement between government and Aker Energy is not renegotiated.

At a press conference last week, IMANI said its checks had revealed that Aker Energy was exploring oil in wells not captured in the Petroleum Agreement it has with government describing the move as illegal.

It, therefore, asked the government to review the contract to ensure that Ghanaians receive what is due them.

He said Ghana rather stands to benefit from the advanced technology AKER Energy is using for its operations.

On his part Chief Executive of the Petroleum Commission, Egbert Faibille said his outfit has not approved the Plan of Development for AKER Energy as claimed by IMANI.

BOG warns public of export and import of foreign currencies