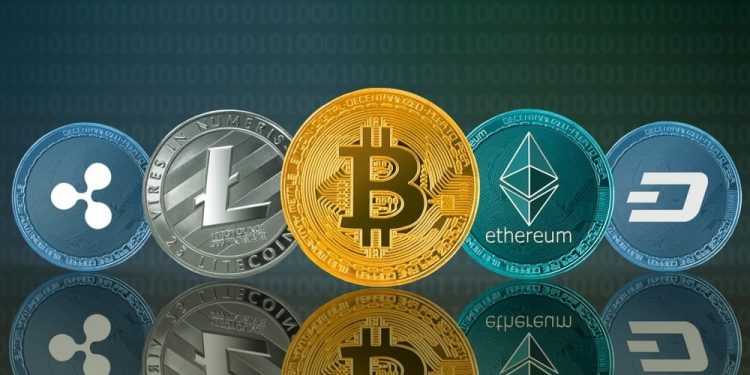 You have to give the entrepreneurs in the world of cryptocurrencies credit. After the bursting of the Bitcoin bubble and increased regulatory push back, they’ve developed a new way to raise millions from investors and enthusiasts still dreaming of digital gold.

While Initial Coin Offerings have been pretty much declared dead, startups are now raising money through a similar method dubbed Initial Exchange Offerings. Instead of marketing coins directly to investors, companies are relying on crypto exchanges to serve as underwriters, review the projects and offer tokens to vetted customers. Think of it as a curated ICO — the way wardrobes are stylized and shipped directly by services such as Stitch Fix.

Betting that the vetted IEOs reduce the chances of getting scammed, retail investors have been pouring in after many got burned in the ICO frenzy that saw many tokens lose more than 90 percent of their value. About $180 million has been raised in 23 offerings, with most taking place since February, according to crypto data tracker CoinSchedule.com.

“It has the potential to be larger than the ICOs of 2017,” said Bill Shihara, chief executive officer of Seattle-based exchange Bittrex, which recently held its first IEO. “We are seeing significant demand both from our users and token teams.”

ICO sales peaked at $5.8 billion in June and have dropped steeply since in the wake of a U.S. regulatory crackdown and market collapse. In March, they took in just $208.6 million, according to CoinSchedule.com.

As with the ICO boom, the latest funding mechanism is still exposing investors to the risk of fraud. The vetting process varies across exchanges. And it’s not clear that regulators will look at the IEOs any more fondly than they do on ICOs.

IEOs “take everything from an ICO and make it worse,” said Zach Fallon, a securities lawyer who worked on ICO issues at the U.S. Securities and Exchange Commission until about a year ago.

The world’s largest cryptocurrency exchange, Malta-based Binance, pioneered the IEO idea in 2017, but only put its muscle behind it earlier this year, with the popular software file sharing application BitTorrent raising $7 million in under 15 minutes. Smaller exchange Exmarkets is already leading in the number of offerings, according to CoinSchedule.com. The exchanges charge as much as 10 percent of the total sale amount, Shihara said.

Many exchange-specific tokens such as Binance Coin have been on a tear recently thanks to the high investor expectations for IEOs, according to Jeff Dorman, a partner and portfolio manager at Los Angeles-based Arca Funds. Tokens issued by exchanges themselves are up 200 percent on average, he said in a recent note.

“The irony of course is that this is directly at odds with the decentralized ethos embedded in crypto, but this has been conveniently ignored as long as it’s working,” Dorman said. “Everyone involved is highly motivated not to kill the golden goose.”

Some exchanges are also profiting by making IEO issuers raise funds via their own token, or requiring traders that want to grab IEO tokens to hold large balances of the specific exchange’s coins to participate in the sales.

The forced use of the exchange coins make IEO tokens even more suspect for regulators, Fallon said. Because tokens created in an IEO are immediately listed on an exchange and sold in a secondary market, it makes it more likely that the SEC would view them as securities, he said. The exchange listing these tokens appear to be acting as broker-dealers, too, he said. That’s probably why most IEOs so far have only targeted non-U.S. investors, and have been facilitated by exchanges based in places like Malta, where regulation is less stringent.

“We need to walk before we can run,” said Nejc Kofric, CEO of Luxembourg-based exchange Bitstamp, which is staying away from IEOs. “The industry needs to be better regulated before we step into this market. Of course there are exchanges that still enter this space, and I think that’s short-sighted.”

Transparency remains an issue in the crypto world, with Bitwise Asset Management pointing out last month that many exchanges fake trading volume. Startup Algorand, for example, recently discovered that an exchange has apparently decided to sell Algorand tokens without the startup’s permission. The digital-transaction platform hasn’t issued a token, and doesn’t have any ongoing token sale, Algorand wrote in a Twitter post this week.

Just like with ICOs, many startups issuing tokens through IEOs don’t yet have a product. Take Pledgecamp, which had in February conducted three IEOs — in Korea, Japan and China — in addition to an ICO, according to Eddie Lee, president of Pledgecamp. The crowdfunding startup is still building its platform, which is expected to launch in the fourth quarter.

“Having a trusted intermediary is a good thing for either an ICO of a coin or an IPO of common stock, all else equal,” said Aaron Brown, an investor who writes for Bloomberg Opinion. “It’s not even clear to me that their promised due diligence is meaningful, even nominally. It seems to revolve more around ensuring the coins will trade than attesting to the underlying value of either the project or the coins, or the use for the funds raised, or the governance of the project.”

The pace of crypto-asset supply growth hasn’t slowed enough to indicate a price bottom, in our view. There are over 3x more tradable coins than at the start of 2017, when Bitcoin was $1,000. History and the laws of supply and demand indicate that availability needs to decline or flatline for an extended period for prices to recover.

Growth must reflect in livelihoods of Ghanaians – IMF to gov’t