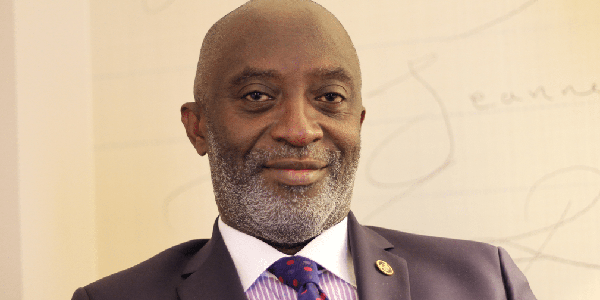 The Ghana Investment Promotion Center (GIPC) has described the recent calls for an interrogation of its Foreign Direct Investment (FDI) figures as very unfortunate.

This comes after some stakeholders including Professor of Economics at the Institute of Statistical, Social and Economic Research (ISSER), Professor Peter Quartey as well as the Head of Research at the Bank of Ghana, Phillip Abradu-Otoo, all called for a probe of FDI  figures churned out by the GIPC.

The GIPC set an FDI target of five billion dollars for itself in 2017 and announced in 2018 that it was able to achieved it.

The figure has been contested, demanding a probe.

But in a response to the comments in an interview with Citi Business News, the Director of Investor Services Division at the GIPC Edward Ashong-Lartey stated that the GIPC uses rigorous methods to compute its figures.

“We do have a reporting requirement which among other things requires registered investors to give us half-yearly reports on their activities including additional funds brought in as well as employment levels. Employment figures must be backed by SSNIT and PAYE documents. GIPC does not manufacture any figures to deceive the public. Our reports are quite clear and available for everyone to verify. We indicate that these are estimated value of investments based on information provided by investors.”

Mr. Ashong-Lartey called for further stakeholder engagement on the matter to avoid any misunderstanding going forward.

“The controversy generated could have been avoided if the parties had consulted us. Projections are not implemented overnight, so if someone says that they can’t see what is happening then I have a problem with that. We may need to have a discussion with the parties concerned for clarity to prevail. It is not good for the country to have 2 state agencies arguing over figures.”

Some stakeholders earlier in the week called for an interrogation of the inflows from foreign direct investment reported by the Ghana Investment Promotion Center (GIPC).

According to those raising issues with GIPC’s figures, the reported targets and actuals are somewhat misleading.

The Ghana Investment Promotion Centre, GIPC for example set for itself a target of $10 Billion dollars in foreign direct inflows for the year 2018. For 2017 the Centre pooled $4.91 billion out of its target $5 billion, representing almost 100 percent of the target.

In an interview with Citi Business News on the sidelines of the Graphic Business-Stanbic Bank Breakfast meeting on the theme “Achieveing sustainable Exchange Rate Stability” Professor of Economics at the Institute of Statistical, Social and Economic Research (ISSER), Peter Quartey called for better tracking of investments under the watch of the GIPC.

“I don’t know what is currently happening but I know for sure that some years ago we conducted a research on China-Ghana trade investment aid and we wanted data on investors who have entered into Ghana, which GIPC supplied us with. We tried tracking them to no avail. So for the current complaints reinforce my perception from years back that the GIPC is not giving us the right numbers.”

But according to the Head of Research at the Bank of Ghana, Phillip Abradu-Otoo, he will need some convincing and education from the center since the figures that the GIPC churns out do not pass through the central banks’ balance of payment data.

“I think the GIPC is reporting on intentions rather than the actuals because we don’t see those numbers pass through our balance of payment data. So it needs to be interrogated.”

Sharing his opinion on the same issue, the President of the Ghana Union of Trade Association (GUTA), Dr. Joseph Obeng highlighted the need for the center to bring some clarity of their figures.

“Every year GIPC’s comes to announce some huge amount of inflows of FDI. It is about time we interrogate these. Because if you speak of $5 Billion worth of investment then you have to see something very tangible and also an improvement in employment.”