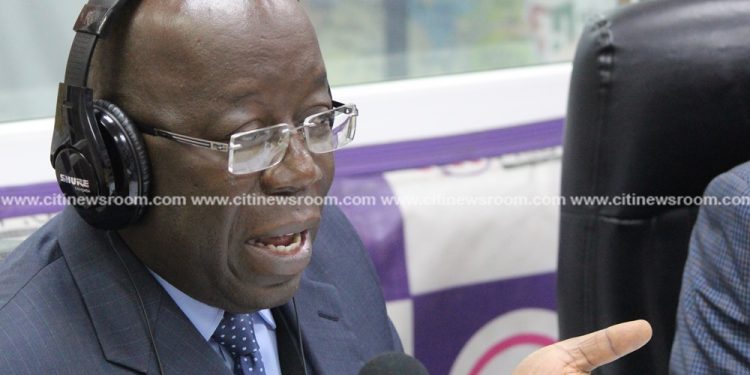 The Social Security and National Insurance Trust (SSNIT) says it is confident of accessing claims due it from the government to aid its operations.

As at last year (2018), the outstanding claims that the government was expected to give to the pension management firm, was estimated at one billion cedis.

Some industry watchers have attributed the development to the constraint faced by SSNIT in meeting the needs of its contributors and undertake other investment ventures.

But the Director General of SSNIT, Dr. John Ofori Tenkorang maintains that there are discussions with the Finance Ministry to access the outstanding payments.

He was speaking at a media engagement on the Trust’s operations over the weekend.

“We are engaged with the Ministry of Finance to come up with a solution and that we have agreed would have to involve some kind of cash payments and bonds that are issue…The people in charge of the Trust’s investment portfolio have made a case that there is the need to invest in some fixed incomes and the best issuer of bonds when the yield is right in terms of credit is the government,” he explained.

Dr. Tenkorang added that their ability to redeem the money on time should facilitate the cash flow required for a portfolio of their magnitude.

“So if we get the arrears paid to us in some kind of financial instrument that is acceptable to us, I think it will be okay for us. I am confident that the short term cash flow issues will be resolve and we will get our bonds.”

Meanwhile SSNIT has denied allegations that it is cheating out contributors of their benefits based on the Scheme’s flawed computation system.

A committee of the Trade Unions Congress (TUC) identified gaps in SSNIT’s computation of pension benefits for its contributors.

Though SSNIT admits that there may indeed be a fundamental flaw with the legal regime on pensions, it maintains that the Scheme is not cheating.

“Both parties have acknowledged that and have embarked on a process to correct these and it will probably end up in some list of amendments that we would seek to be legislated so that it governs the way we do things,” Director-General of SSNIT, Dr. John Ofori Tenkorang affirmed in an interview with Citi News.