The Consolidated Bank Ghana has released a total of GH¢530 million to Cocobod for the construction of cocoa roads, the Finance Minister Ken Ofori-Atta, has disclosed.

Mr. Ofori-Atta speaking on the floor of parliament on Monday, July 29, 2019, said the bank which was a creation at the instance of a collapse of some five local banks will play a major part in the construction of the roads in the cocoa-growing areas.

“We know that the foundation for growing businesses and creating jobs everywhere is a vibrant, well-governed, well-resourced, competitive financial services sector, operating under a stable economic regime. That is why we could not watch the sector collapsing, even if it meant slowing down for a year or so on some of our own scheduled programmes,” he stated.

In the recovery process, he narrated, the government managed to set up the Consolidated Bank Ghana Limited and capitalised it with GH¢450 million.

“Just this month, CBG has released funds, totalling GH¢530 million to Cocobod for cocoa roads. We provided funding of GH¢11.2 billion to secure depositors’ funds in the failed banks,” he said. 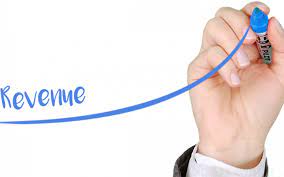 As Parliament prepares to begin debating the 2022 Budget Statement on Tuesday, November 23, 2021, a senior lecturer in the...

2022 budget: Analyst calls for judicious use of finances to sustain Ghana’s debt