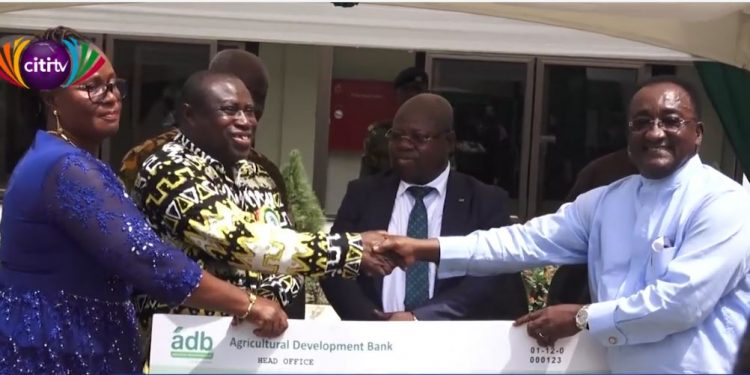 The Agricultural Development Bank, adb, has presented a cheque prize of five hundred and thirty-six thousand cedis to the National Best Farmer for 2019.

Charles Gyamfi’s prize is presented in fulfillment of the bank’s commitment to support the agric sector per its mandate.

Charles Gyamfi, who emerged the National Best Farmer in 2019, beat off competition from hundreds of farmers across the country to win the coveted prize.

The cash prize, which is the equivalent of 100,000 dollars, is supposed to be an investment into his business venture.

The Managing Director of adb, Dr. John Kofi Mensah, highlighted the basis for supporting the National Best Farmers’ Award with a cash prize this time around, rather than building a house for the winner as has been the practice over the years.

Dr. Kofi Mensah again touted the business utilization model, and was hopeful of its impact on agric in Ghana.

“Part of the award will also be used to construct additional farm houses to house new staff to be employed. The 2019 National Best Farmer has proposed to employ additional thirteen permanent staff and as a bank, we will be providing him with a dedicated Relationship Officer to assist in ensuring a proper utilization of the money,” he remarked.

The Minister of Agriculture, Dr. Owusu Afriyie Akoto, charged the Agricultural Development Bank to channel a significant portion of its loan portfolio to the agric sector to boost growth.

The 2019 National Best Farmer, Charles Gyamfi, while acknowledging the award, impressed on ADB to refocus its support to farmers who cultivate tree crops by assisting them with long term credit.

“I will plead that banks reduce their interest rates to favour farmers. For instance, it will be difficult for me to access a loan facility to cultivate a cocoa farm because of the long term-nature of the business. The banks usually are not interested in offering loans for about five years which a crop like cocoa will take to mature. But I’d like to request that ADB looks at its interest rates for cocoa farmers as I can assure the banks that long term credit to farmers is equally profitable.”

About the 2019 National Best Farmer

58-year-old Charles Gyamfi from the Tano North District of the Ahafo Region, was honoured at the 2019 Farmers’ Day celebration held in the Volta Regional capital, Ho.

Abdulai Atiku Seidu, Upper West Region, was the 1st runner-up, while the 2nd runner-up was Nana Yaw Sarpong Serebuo, from the Ashanti Region.

The overall winner, who was in 2018 named the national best cocoa farmer, has been in the farming business for the past two decades.

Mr. Gyamfi took over from James Obeng Boateng who won the 34th edition in 2018. 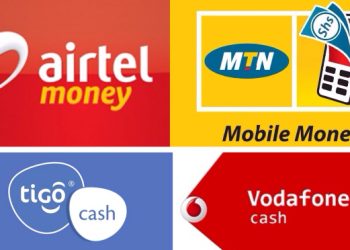 The Bank of Ghana (BoG) has warned individuals who have acquired loans through Mobile Money platforms, but have deliberately refused...