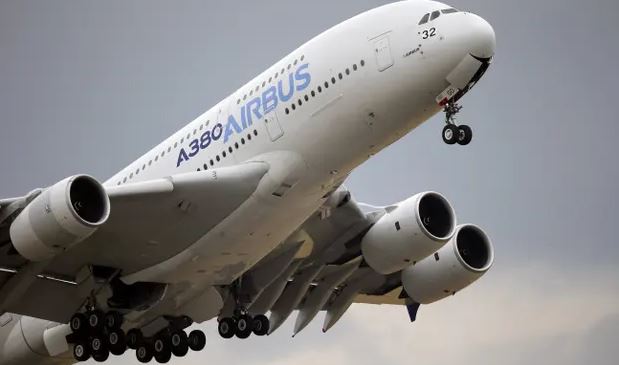 378
SHARES
1.5k
VIEWS
Share on FacebookShare on TwitterShare on Whatsapp

It has emerged that some top officials in the government of Ghana during the Mills-Mahama administration between 2009 and 2015, took bribes from the world’s largest airliner manufacturer, Airbus.

The bribes were to afford the company some business favours, according to UK court documents.

This emerged in a case of ‘endemic’ corruption against the company involving 20 countries.

The company has been found guilty and has been ordered to pay a record sum of £3 billion in fines.

The penalties will be paid to the governments of the three countries that investigated Airbus, with £1.7bn going to France and £820m going to the UK Treasury.

In addition to Ghana, the company paid bribes to officials in Malaysia, Sri Lanka, Indonesia and Taiwan within the same period.

In the case of Ghana, the court found that the company’s bribe was to land the contract of purchase of a military transport aircraft.

“Between 1 July 2011 and 1 June 2015 Airbus SE failed to prevent persons associated with Airbus SE from bribing others concerned with the purchase of military transport aircraft by the Government of Ghana, where the said bribery was intended to obtain or retain business or advantage in the conduct of business for Airbus SE,” the court’s statement of offence noted.

The documents did not explicitly name the Ghanaian officials who received the bribes but indicated that one of them was “a key decision-maker in respect of Government of Ghana aircraft orders.”

Read the court’s narration below:

Between 2009 and 2015 an Airbus defence company engaged Intermediary 5, a close relative of a high ranking elected Ghanaian Government official (Government Official 1) as its BP in respect of the proposed sale of three
military transport aircraft to the Government of Ghana.

The payments were intended to induce or reward “improper favour” by Government Official 1 towards Airbus. Payments were eventually stopped due to the arrangement failing the due diligence processes required by the Liquidation Committee.

54. Airbus, through one of its Spanish defence subsidiaries, conducted two campaigns to sell its C-295 military transport aircraft to the Government of Ghana: the first campaign ran from 2009 to 2011, the second from 2013 to 2015. Intermediary 5, a UK national with no prior expertise in the aerospace industry, acted as the BP for Airbus in both. Company D was the corporate vehicle through which Intermediary 5 and his associates provided services to Airbus.

His associates were Intermediaries 6 and 7, also UK nationals and there is no evidence they had any aerospace experience either. In August 2011, the purchase agreement for the sale of the two C-295 aircraft was signed by the Spanish defence subsidiary and the Government of Ghana, and it contained a declaration of compliance with the 1997 OECD Convention on Combating Bribery of Foreign Public Officials in International Business Transactions, as well as a declaration that no more than €3,001,718.15 would be paid to BPs in connection with the contract (broadly, a 5 percent commission).

55. After Company D made a formal BP application to Airbus in May 2011, Airbus commissioned an external due diligence report. In September 2011 this report identified Intermediary 5 as a shareholder of Company D. The report raised the possibility that he was a close relative of Government Official 1 and concerns that there was a risk of non-compliance with the OECD Convention.

The reaction of a number of Airbus employees, including senior employees, and those involved in compliance, in an email chain in October 2011, is set out at para 188 of the Statement of Facts. In short, it was that the business should be conducted through a new third party, a company, already audited and engaged in the same area. A Spanish company, already an Airbus BP (Intermediary 8) Approved Judgment SFO v Airbus SE and which had no previous links or experience of working in Ghana for any Airbus entity, was duly selected.

56. Similar false representations to those detailed above were made in February 2014 and then in May 2015, in respect of work allegedly done by Intermediary 8 in respect of a further proposed purchase by the Government of Ghana of a C295.

Intermediary 8 therefore failed due diligence; Airbus did not enter into a second written contract or make any further commission payments (disputing Intermediary 5’s later claim that he was owed €1,675,000).

Apple to close all China mainland stores due to virus outbreak

Gov’t allocates US$79m for one region, one industrial park initiative

Gov't allocates US$79m for one region, one industrial park initiative