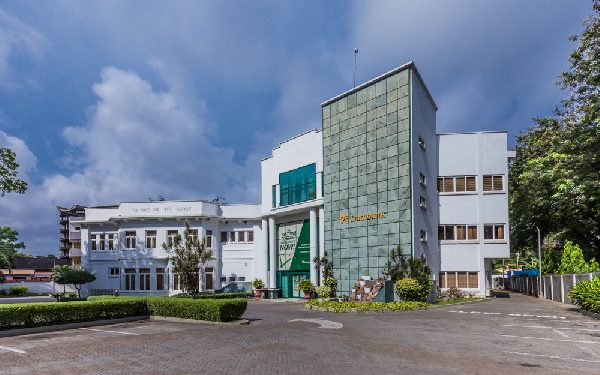 Investment and brokerage firm, Databank has withdrawn its services as a financial advisor in the Agyapa royalties deal.

The firm together with Imara Holding Limited jointly served as transaction advisors for the monetization of Ghana’s gold royalties through the dual listing of the Agyapa Gold Royalties Company on the Ghana and London Stock Exchanges.

Databank made the announcement in a letter addressed to Imara Holdings on February 10, 2021, and sighted by citibusinessnews.com.

In the letter, the company explained that it took the decision following attacks on its reputation by political actors due to the Minister of Finance, Ken Ofori-Atta’s association with Databank, a company he co-founded.

The investment and brokerage firm said these attacks heightened during the 2020 election season.

“The Board of Directors of Databank has observed with deep concern persistent attempts by some political actors, during the political season leading up to the general elections of December 2020, to tarnish our hard-won reputation painstakingly built over the last 30 years, by unfairly exploiting our participation and involvement in the transaction as one of the transaction advisors. We believe this is principally due to the Minister of Finance’s association with Databank as its co-founder.”

“The Board of Databank, whilst being convinced about the immeasurable benefits to be reaped by the Republic of Ghana from the transaction, is of the view that the tumult generated by the involvement of Databank in the transaction, coupled with insinuations and aspersions cast on the reputation of the company in the lead up to the election, not only grossly compromises the ability to execute such a market-sensitive and novel transaction, but also has a real tendency to severely damage the invaluable business reputation of Databank,” the letter signed by Kojo Addae-Mensah, Group CEO of Databank explained.

Although the company noted that the action was a hard decision to be made, it said it had to do that to safeguard its hard-won reputation.

“It is this deep market knowledge and extensive experience that makes us understand that the potential damage from the fall out of all the negative press regarding Databank’s involvement in the Agyapa transaction, especially the proposed IPO, despite our sterling track record over the years, is incalculable both in the domestic and international financial markets.”

“The reasons expressed above have compelled us to take the hard-decision to formally withdraw our services as your partner and co-transaction advisor on this mandate.”

The government then, through the Minerals Income Investment Fund (MIIF), set up Agyapa Royalties Limited to securitize Ghana’s gold royalties.

This was after Parliament on August 14, approved the Agyapa Mineral Royalty Limited agreement with the government of Ghana despite the walkout by the Minority.

In exchange, the company plans to raise between $500 million and $750 million for the Government on the Ghana and London Stock exchanges to invest in developmental projects.

The move has since been heavily criticized as the government has directed that further discussions on it be suspended.

An analysis of the transaction by the then Special Prosecutor, Martin Amidu in a 64-paged report raised red flags over the deal and took a swipe at the Minister of Finance and other officials who contributed to processes that led to the approval by Parliament.

He insisted that several processes were flouted prior to the parliamentary approval.

But the Finance Minister, Ken Ofori-Atta and other government officials have rejected the claims by the Special Prosecutor.

President Akufo-Addo subsequently directed the Ministry of Finance to send the agreement back to Parliament for review.