Farmer association calls for strategy to prevent shortage of maize 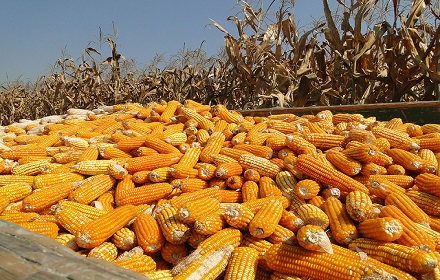 The Greater Accra Poultry Farmers Association of Ghana has called on the government to put systems in place to prevent a shortage of maize in the country.

The Association is therefore proposing a policy that will secure markets for local maize farmers while ensuring they have enough maize for their poultry production all year round.

President of the Greater Accra Poultry Farmers Association, Michael Nyarko-Ampem has some suggestion on how this challenge can be addressed.

“When the production is good, we are asking that Buffer Stock and the other institutions with the capacity to store the maize should be given the financial support. The Ministries of Finance, Trade and Agriculture can look at that and take up maize from the farmers to be stored. We are also expecting that the Ministers of Agriculture and Trade can call a meeting of feed millers and understand the quantity of maize that millers use in a year. So we are bound by an MoU or an agreement that we are picking this quantity of maize at a specific price, so farmers do not have to always think about how to sell their produce. Those are the expectations we have so that when we have this, the farmers can relax to do their production.”

He further highlighted the likely impact of this proposal on the agricultural sector and the economy in general.

“The cost of production will also be reduced because they don’t need to produce and look for a market. They also don’t have to find money to store the maize they have produced and losing some in the process. We won’t also have to raise money to purchase our inputs for the fear of hike in prices of the goods. When these things are put together, then we know that, the cost of business will be less. As we do all of these, the interest rate may come down because business will be ongoing in all the sectors of production and see how viable the Agricultural sector is and tend to reduce the interest rate for us.”

The price of poultry products in December last year recorded an increase.

Producers of poultry in some parts of the country attributed it to the increase in the price of poultry feed which in some areas had even become scarce.

Some poultry farmers were compelled to sell off their birds due to the shortage of feed.

Maize a major component of poultry feed which used to sell at GHS58 for a 50kg bag more than doubled.

The challenge was reportedly due to the influx of some foreign aggregators with higher purchasing power who bought huge quantities of maize to be sent to their respective countries.

In order to save the situation government-issued permits to some poultry farmers to enable them to import maize to feed their birds amidst the shortage.