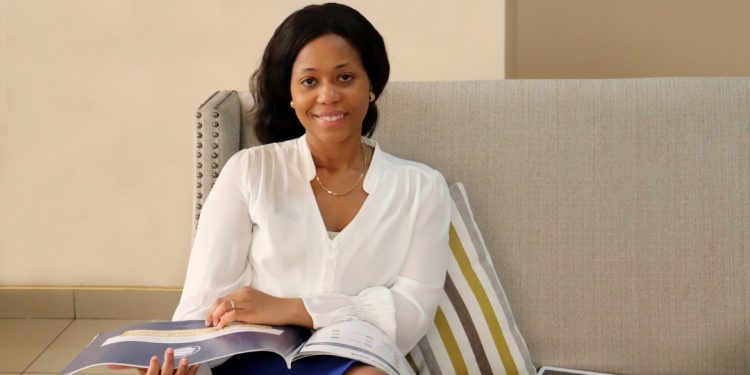 Though the real estate industry is widely male dominated, that is not scaring a young Ghanaian woman from making strives and carving a niche for herself and her company.

Twelve Springs Investment Group which owns the Silicon Accra Project and the Montgomery Residences earlier this year received two awards beating stiff competition from other companies across the continent.

The International Property Awards celebrates the very best projects and professionals in the industry across 60 residential and commercial categories.

Over the past year, a panel of over 100 independent expert judges studied and assessed thousands of entries from 115 countries to finally arrive at the World’s Best winners.

Who is Kristianne Reindorf Osei?

Kristianne is the Managing Director of Twelve Springs Investment Group Limited. She holds an MBA from Stanford University. She is experienced in corporate business having worked with top firms in the USA, UK and now Ghana.

She attended King’s College, University of London, where she graduated in 2002 with a Bachelor of Arts (Hons) Latin with English. In 2008, she enrolled in Stanford Graduate School of Business where she obtained a Master’s degree in Business Administration.

After O2 she joined Taylor Woodrow (VINCI plc) in 2007 as its Proposals Manager (Business Development), where she led property management bids of between £2 million and £20 million, establishing strategy and facilitating negotiations. She expanded business with telecoms, infrastructure and financial services clients; and contributed over £85 million to order books.

Between 2010 and 2012, Kristianne Reindorf Osei was the Head of Strategy for the British Telecom Group plc in London. She drove key business priorities across BT through strategic and implementation projects to increase profit, customer experience, and operational efficiency.

Within that same period, BT’s performance ranked in the top 10% of a highly competitive peer group.

Kristianne joined the Whitaker Group Limited in 2014. At Whitaker where she worked for just a year, she served as a Senior Vice President for the Strategic consulting and transaction advisory firm facilitating billions of dollars in trade and capital flows to Africa.

Kristianne Reindorf Osei is the daughter of Charles Reindorf and the late Joyce Louisa Darko. Mr. Charles Reindorf started Panaf Airways which was the first private airline to operate between Ghana – The Gambia – Belgium and the UK.  Mr. Reindorf is currently a partner and consultant with YOTC, a global leader in fiber manufacturing and FTTH.

Kristianne is married to David Osei and they have a 2-year old son together.