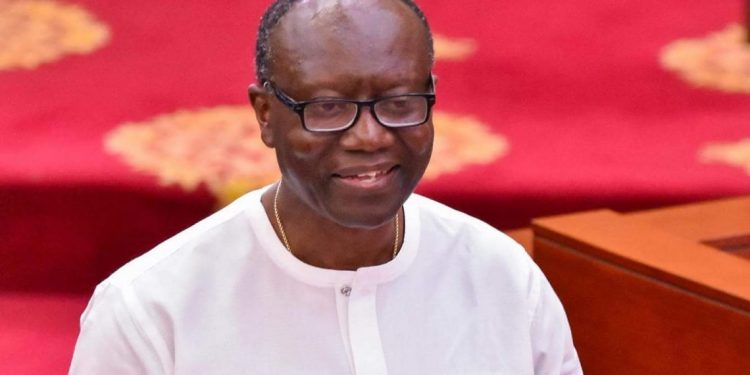 Parliament has approved the nomination of Ken Ofori-Atta as Ghana’s Minister of Finance.

Mr Ofori-Atta was approved on consensus following recommendations by the Appointments Committee.

He was vetted by the Appointments Committee last Thursday and Friday.

Mr Ofori-Atta is the last substantive minister of President Akufo-Addo to be approved by Parliament.

His vetting was postponed several times following his bout with post-COVID-19 health complications.

The Majority Chief Whip, Mr Frank Annor Dompreh in presenting the recommendation of the committee, highlighted a number of questions the nominee was asked.

“The nominee answered a number of questions ranging from the justification for the resubmission of the Agyapa transaction to Parliament, public sector wages negotiations, the rationale for the proposed tax hikes by the government and the management and use of the petroleum revenue.”

”The committee by consensus recommends to the house to approve the nomination of Mr Ken Ofori-Atta for appointment as Minister responsible for Finance,” he added.