Creditors of AirtelTigo to be settled – Ursula 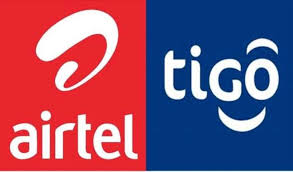 Creditors of AirtelTigo will be settled all outstanding debts by government in the short to medium term.

This is the assurance of Minister for Communications and Digitalization, Ursula Owusu-Ekuful

Her assurance follows the recent takeover of the company even as its parent companies Bharti Airtel Ghana Holdings B.V. and MIC Africa B.V have concluded negotiations and signed an agreement to transfer the shares of the company to the government of Ghana.

“We assure all local creditors of the company that we are going to sit down with them and look at ways in which we can assist the company to meet its obligations towards them because all those companies also have to thrive and succeed and that includes anybody that the company may be indebted to as of this stage”, she told Citi Business News.

The minister amongst other things also asked customers to remain faithful to the company as government promises smooth operations.

“The company is still working so this is not the time for any subscriber to move away from that company”.

Mrs. Owusu Ekuful also noted that “the shareholders of Airtel and Tigo are not passing on the shareholder loans that were advanced to the company.”

According to her, “that is one of the main items that was hurting the balance sheet of the company.”

“So 100 percent of all the loans have been forgiven, more or less. They are not seeking the repayment of those loans.”

Among the notable liabilities was a $100 million facility from Standard Charted Bank.

But according to Mrs. Owusu Ekuful, “the company is now only saddled with 50 percent of that liability.”

“These measures also helped free the company from the debt burden that it was under,” she added.