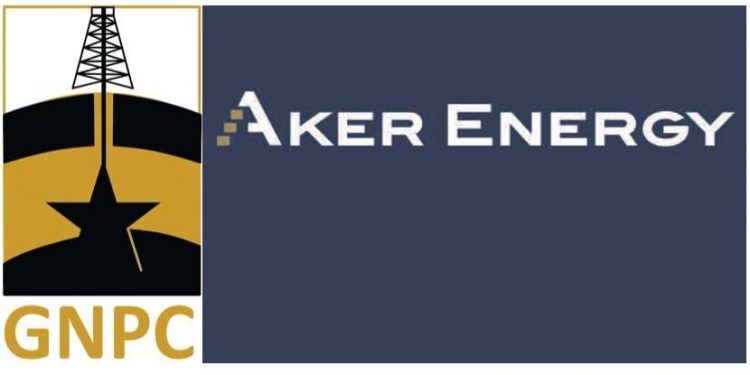 Mr. Egypa Mercer maintains that the engagement is to bring to light, the real value of Ghana’s stakes in the deal, following concerns raised by Civil Society Organizations (CSOs) that the planned acquisition is not in Ghana’s best interest.

15 civil society groups, working in the extractive industry, petitioned Parliament saying, although they are not against the deal, its possible merits “cannot be a guise for poor decisions that threaten the country’s economic and fiscal outlook”, hence must be reconsidered.

But speaking on The Big Issue, the Deputy Energy Minister explained that aside from Lambert Energy Advisory’s valuation of the oil blocs, the government has gone a step further to seek the services of a third party; Bank of America Securities to independently get its own value.

“As we speak, the Ministry of Finance pursuant to the mandate that was given by Parliament has engaged the Bank of America securities to do a fair value assessment of the field and has requested GNPC to make its data room available to Bank of America Securities to undertake that exercise that will then lead to the real numbers that the Bank of Ghana is going to negotiate. The Lambert advisory valuation was commissioned by GNPC and Aker not the Ministry of Finance or Energy”, he said.

To this end, the deputy Minister clarified that no arrangement has so far been sealed yet among the entities involved to warrant the criticisms of the Civil Society Organizations.

“No transaction has been concluded as we speak. No agreement has been executed as we speak. What GNPC put before Parliament and cabinet is a work programme. Going forward, I think that previous attempts to get us an operator have not been successful.”

“There is an opportunity that is springing up now with Aker coming in to commence its work, so we can get the mandate to go and negotiate with Aker based on some submissions that have been done. That will inform us on some parameters within which those negotiations can be held. Cabinet evaluated the request and approved the request. Parliament then mandated the Finance Minister and the Energy Minister to negotiate. That negotiation has not taken place.”

He added: “so I urge them [CSOs] rather than making a suggestion that someone has done something untoward, the engagement is commencing. They may have views, but the Government of Ghana has been mandated by the people to manage their affairs on their behalf. Civil society will have a say, but the ultimate decision will be taken by the government. And so to suggest that if the Government of Ghana wants to engage in oil exploration, there is a best option is neither here nor there.”

Meanwhile, Andrew Egyapa Mercer, insists that, despite the red flags raised against the deal, the arrangement is critical to exploration activities before Ghana’s oil reserves hit a level of terminal decline.

“The truth of the matter is that these are valuable assets that if we do not explore are going to be stranded, and the government has taken a decision that rather than making these assets stranded, it is going to empower GNPC through the arrangement that is being negotiated to enable  GNPC to become an operator on its own. We can have criticisms about deals that were unsuccessful, but it does not mean we cannot proceed with that route by ensuring that the capacity that GNPC has will help us explore that resources.”