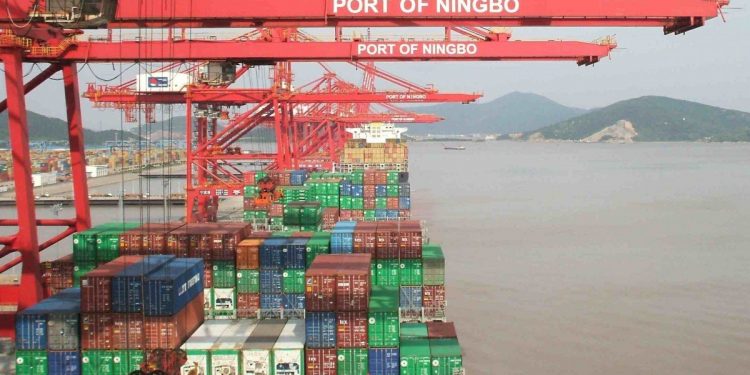 The Ghana Union of Traders Associations (GUTA) has raised concerns over the partial closure of one of China’s major ports, the Ningbo-Zhoushan Port.

According to the association, this poses a major concern as China is a major source of goods imported into Ghana.

President of GUTA Dr Joseph Obeng stated that “It is going to put another layer of burden on the stress of doing business especially under the huge effect of COVID-19 which has seen problems with logistics, especially with containers for the shipping lines.”

“So having closed such a major port in China, it means that it’s going to put a lot more pressure on the other ports logistics-wise, in terms of containers, movement of goods from Ningbo to other areas which will also add up to the cost of doing business”.

On Wednesday, a terminal at Ningbo-Zhoushan port in China was shut after a worker was infected with the Delta variant of Covid-19.

The port in the eastern part of China is the world’s third-busiest cargo port.

Dr Obeng intimated that should the closure drag, it may have dire consequences on business and possibly lead to a hike in the price of some goods in the country.

“Definitely, when it leads up to cost, then, of course, the ripple effect will get to the final consumer and that is for sure. But as to how negligible or significant it is, depends on the difference in pricing it would bring to bear.”

China might be flexing its economic muscle with closure of Ningbo-Zhoushan port - Dr. Lord Mensah