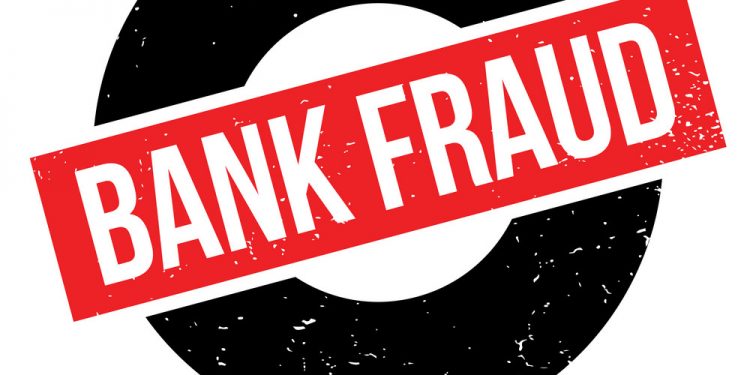 The reported value of fraud recorded by Banks and Specialized Deposit-Taking Institutions in Ghana in 2020 was about GH¢1 billion.

This represents an increase of over 750 percent when compared to the reported value of fraud recorded in 2019, which stood at about GH¢115 million.

That’s according to the Bank of Ghana’s Banks & SDI Fraud Report for the year 2020.

The emergence of the COVID-19 pandemic, according to the fraud report, saw customers who were not used to digital/electronic methods for making financial transactions being compelled to use them.

Consequently, some sections of the banking sector were exposed to heightened levels of fraud-related risk, due to the increased patronage of electronic/digital products and services. 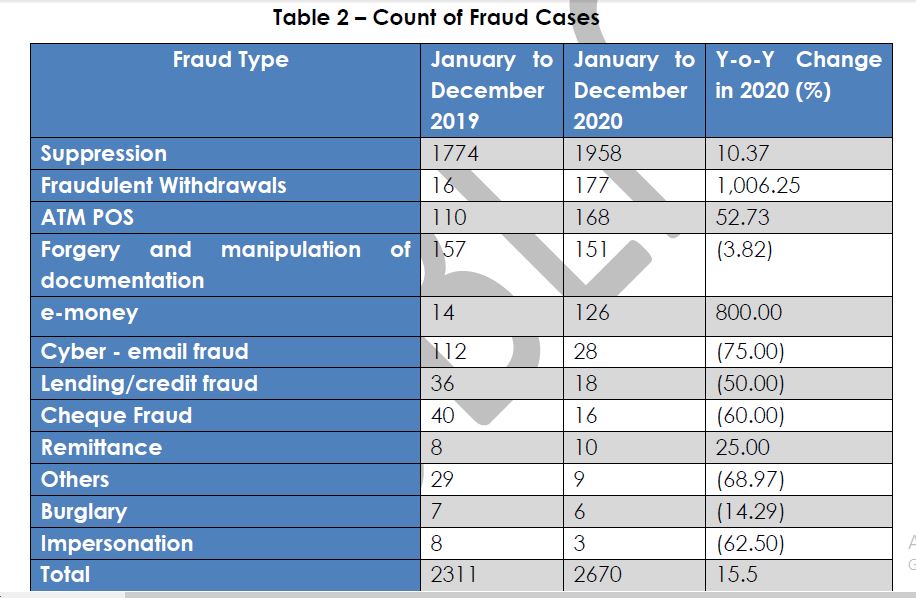 In total, the year 2020 recorded a marginal increase in reported fraud incidents with a minimal decrease in losses.

Despite the reported value of fraud rising to GH¢1 billion, actual losses incurred as a result of fraud for 2020 stands at GH¢25.40 million, as compared to an estimated loss of GH¢33.44 million in 2019, representing a 24% decrease.

In terms of the number of cases reported, fraudulent withdrawals recorded the highest rate of increase in the year under review. 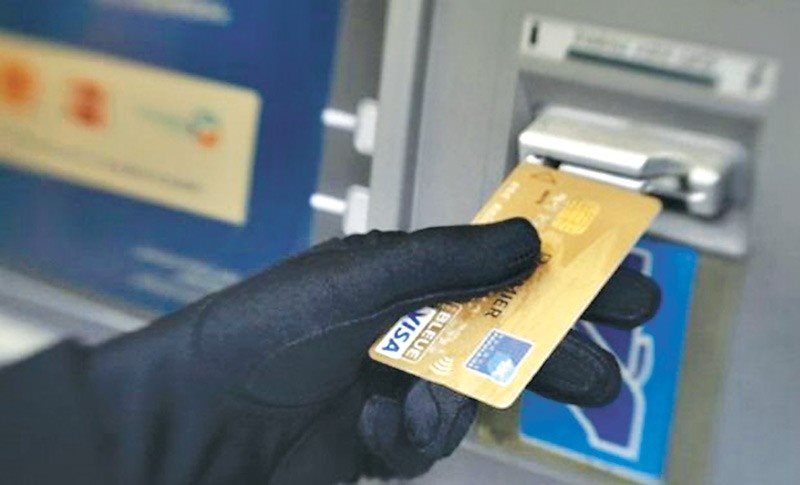 Loss incurred through E-money fraud increased from approximately GH¢ 0.37 million in 2019 to an estimated GH¢ 1.04 million in 2020, representing a 180.0% percentage increase.

This upsurge may also be a result of an increase in the use of E-Money services due to the COVID–19 pandemic.

Staff involvement in the commission of fraud also experienced a significant increase, especially suppression of cash.

56% of reported fraud cases and 93% of reported cash suppression cases involved staff of the reporting institutions.

The Bank of Ghana went on to make a number of recommendations to help mitigate the incidence of fraud in the country.

These include the adequate vetting of contract/temporary staff of financial institutions by the police and Bank of Ghana to help identify staff with questionable characters.

The banking industry should also take a critical look at the remuneration of temporary staff, according to the report.

In addition to adequate consumer education on cybersecurity for their customers, banks have been asked to strengthen their Know Your Customer & Customer Due Diligence as well as transaction monitoring systems in order to facilitate the detection of suspicious or abnormal activities on customers’ accounts.

GRA to clamp down on tax defaulters after September 2021