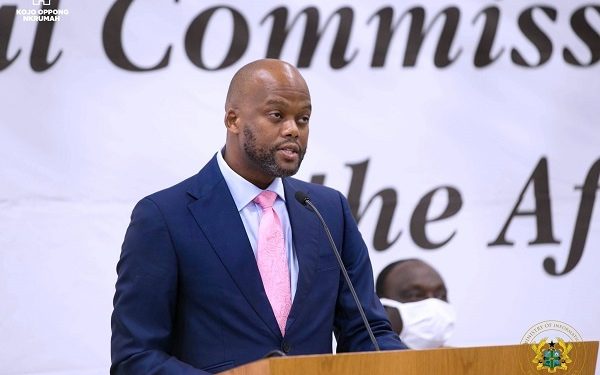 Secretary-General of the African Continental Free Trade Area Secretariat, Wamkele Mene, says the issue of rules of origin under the agreement will be concluded in the next couple of weeks.

He stated that “We have made 80 percent progress. Out of almost 8,000 products, we’ve agreed on 86 percent of those rules. We have a little bit of work to do in automobiles, textiles and clothing and sugar. But I believe in the next few weeks when the ministers of trade converge in Accra, on the 10th of October, I think we will find a solution”.

He made this known while speaking to the media on the sidelines of the First Coordination Meeting of the Heads of Regional Economic Communities on the Implementation of the African Continental Free Trade Area.

The African Continental Free Trade Area with a combined population of more than one billion people and a combined GDP of over USD 3 trillion seeks to improve trade amongst member countries.

To ensure this, the agreement seeks to remove various trade barriers like duties on goods on services.

But to establish this under the agreement, there must be a clear definition for goods made in the country.

The rules of origin are critical and will have a significant impact on how African companies trade with their counterparts across the continent.

There are thousands of tariffs, and these rules will specify whether a product can be categorised as “Africa made” and eligible for tariff reliefs.

Without this in place, some trade groups like the Ghana Union of Traders Association (GUTA) have raised concerns, stating that it would be a major setback in the implementation of AfCFTA.

GUTA argues that without clear-cut determinations on goods made on the continent, some may abuse the provision and include any product found within the region, irrespective of their origin.

But Mr Mene says significant progress has been made on some products, and it would be concluded soon.