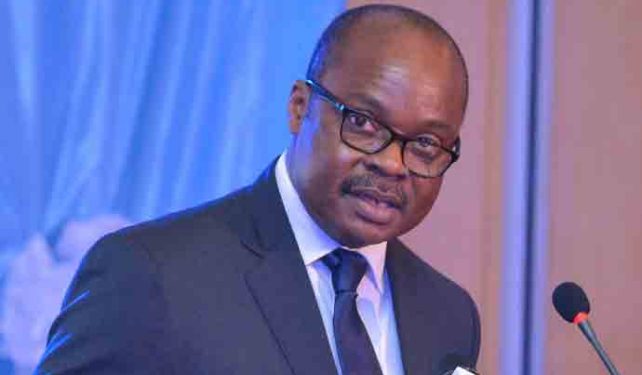 The policy rate is the rate at which the Central Bank lends to commercial banks in the country.

Addressing a press conference after the 102nd MPC meeting on Monday, September 27, the Governor of the Bank of Ghana who is also the chairman of the committee, Dr Ernest Addison explained the rate was maintained as a result of rising inflation.

“Due to fairly balanced risks to inflation and growth in the outlook, the Committee decided to keep the policy rate at 13.5%.”

“Inflation has risen sharply over the last two readings, driven mainly by sustained food price increases. Although food inflation has pushed overall inflation close to the upper limit of the band, core inflation remains relatively subdued. In the view of the Committee, the increase in inflation is mainly due to food inflation which is expected to abate with the onset of the harvest season.”

He added, “This notwithstanding, the latest forecast indicates that inflation will remain within the medium-term target band, but closer to the upper limit in the near-term, in the absence of further unexpected shocks”.

“A close monitoring of the inflation situation is however warranted to respond swiftly to prevent potential second 10 round effects on headline inflation from the rising food inflation. The Committee stands ready to respond appropriately as needed if this particular risk materializes.”

Ahead of the announcement, some economists had equally predicted that the rate would be maintained.