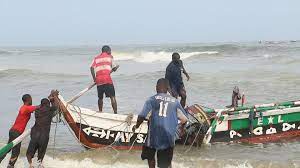 Fishermen engaged in light fishing will be arrested and prosecuted, the Minister for Fisheries and Aquaculture, Hawa Koomson has warned.

Such an action, she says, has become necessary to bring an end to the act.

It is estimated that three million Ghanaians depend on the fishing sector for their livelihood.

Fishing is considered not just an economic activity, but also an important element of the culture and traditions of the fishing communities.

Over the past few years, the sector has been confronted with a number of challenges that have the potential to further worsen its performance. They include illegal, unreported, unregulated fishing.

Already, Ghana has received a formal warning from the European Union and the country risks sanctions if drastic measures are not implemented.

Currently, the government has suspended the supply of premix fuel to some four landing beaches in the Central Region.

According to the National Premix Fuel Secretariat of the Ministry of Fisheries and Aquaculture  Development, the decision is a punitive measure for light fishing and other illegal fishing practices perpetuated by fishermen despite an earlier caution by the sector minister, Mavis Hawa Koomson.

Addressing the media after the inauguration of an eleven-member board of the Fisheries Commission, Hawa Koomson said all will be done to ensure light fishing and other illegal fishing methods are brought to an end.

“While we have suspended the supply, we will keep arresting people found in the act. Their gadgets will be seized, they will be taken to court and then prosecuted”.

New directors of GOIL promise to improve the company's profitability