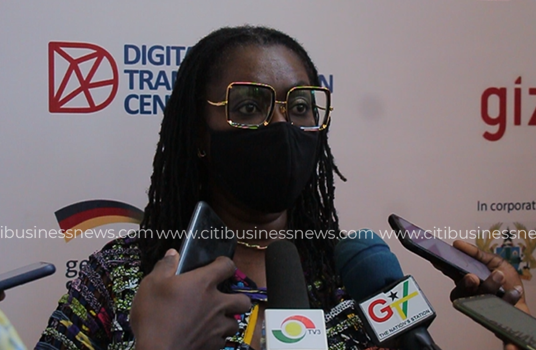 The Minister for Communications and Digitalization, Ursula Owusu-Ekuful, has described the SIM card re-registration process as satisfactory so far.

“It’s early days yet, and we are continuously monitoring the process, but it’s satisfactory. People are at least signing up for the first stage of the project. So far, even on Day 1, I think they were able to register in excess of 200 people across the various networks,” she mentioned in an interaction with the media on Tuesday.

The exercise is in accordance with the Subscriber Identity Module Registration Regulations, 2011, LI 2006. It is expected to among other things help develop and build a SIM database which will assist in the curbing of fraudulent activities and the securing of SIM card based transactions.

Confirming some challenges customers have experienced in the first few days of the exercise, Mrs. Owusu-Ekuful noted that a meeting will be held this Friday to discuss solutions to the challenges.

“The feedback is that there are a few glitches as can be expected from the beginning of any project, but we’re monitoring it closely, and we will address all those issues. We would have an initial meeting to review the first week of the registration process on Friday and at which whatever issues have come up will be discussed and then solutions found to it.’

The sector minister further warned against people who might try to use the backdoor for a faster process, adding that, that will not be possible.

“We need to emphasize that you can’t send someone with your ID card to go and do the registration on your behalf. For the security of the system that we want to put in place, you’d have to show up personally with your ID card to complete the process. We’re serious about this process this time around. We’re not going to allow any shortcuts. There is no protocol in it, so you can’t say that I’m a big person, so someone should go and do it for me. It’s not going to happen,” she stressed.

Although the ongoing exercise has been questioned by some stakeholders, especially on the use of the Ghana cards, the National Identification Authority has justified the use of Ghana cards saying the passports lack the credibility Ghana Cards offers.

IMANI Africa President, Franklin Cudjoe for instance, is not convinced by the reasons government has given for the SIM re-registration exercise.

He believes “the assumption that crime will automatically cease because we are going to register SIM cards is a bit farfetched.”

The government, however, is still highlighting the need for everyone who owns a SIM card to partake in the process.

Any SIM which is not registered at the end of this exercise in March 2022 will be blocked.