Failing to digitize our economy will have far-reaching consequences – Bawumia 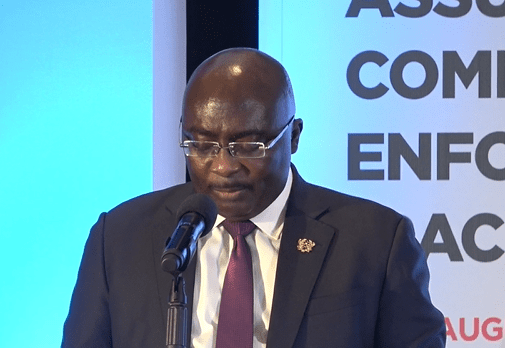 Vice President, Dr. Mahamudu Bawumia has justified the government’s unending focus on the digitalization of the Ghanaian economy saying the benefits of such an agenda are in the interest of the country.

According to him, the previous systems of going about business transactions without technology have been disadvantageous.

Speaking at a public lecture themed “Transforming an economy through digitalization: The Ghana story,” held at the Ashesi University on Tuesday, November 2, 2021, the Vice President intimated that bridging the digital divide will continue to be a priority area for the Akudo-Addo administration.

“This [analogue] system frustrates, other than helping ordinary people. Why is it that after 60 years of independence of this country, the system remained basically the same or in some cases worsened? The goal upon assumption of office was to quickly transform our economy by leveraging on the technology advancement as means to leapfrog the advancement and developmental process that comes with the legacy problems of both economic and public sector governance. This is why digitalization has been a major focus of the Nana Addo government”, Dr. Bawumia said.

He added that challenging the status quo has been misconstrued to mean a deviation of the government’s primary aim of revamping the ailing Ghanaian economy.

The Vice President maintained that digitalizing the economy will rather yield a more positive result.

“Unfortunately, many people do not appreciate the link between digitization and economic development. I have heard people say I am abandoning economics for digitization. Far from abandoning economics, the reality is that in this era, if you don’t digitize you will not have much of an economy, period! Indeed, a digital policy is an economic policy!”

The Vice President said the government is implementing a new system as a foundation to drive digital transformation in Ghana.

This, he believes, will position the country to be globally competitive in the emerging digital revolution as follows: