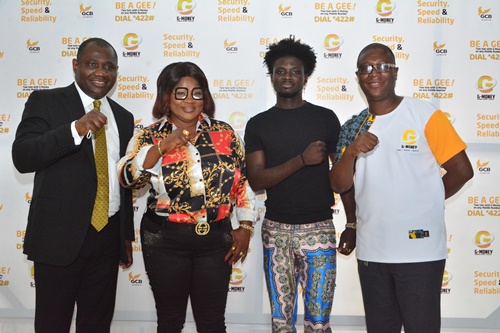 The platform which was launched in January 2020 is accessible via a host of channels such as USSD, the bank’s mobile banking applications, ATMs, point of sale devices among others.

Speaking at the launch of the ‘Win like a Gee’ Promotion, Deputy Managing Director of Operations, DMD Operations, Emmanuel Odartey Lamptey noted that the growing customer base within this short time demonstrates GCB’s commitment to financial inclusion and leveraging technology to provide convenient, secure and efficient services.

“G-Money was established as the mobile money offering of GCB Bank on January 30th 2020. After a successful launch in January 2020, G-Money, GCB Bank’s mobile money service, has registered over two million subscribers to its service. The brand is currently known for services such as cash-in, cash-out, deposits, P2P transfer, airtime top-up, merchant payment, group services, voucher generation, among others.

We are very pleased that our individual and corporate customers have acknowledged the value of G-Money products and services and are patronizing it. The growing customer base within this short time also demonstrates GCB’s commitment to financial inclusion and leveraging technology to provide convenient, secure and efficient services,” he said. 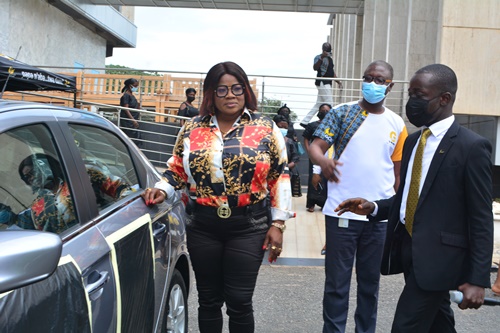 The main objective of the six-month-long campaign, is to educate new and potential customers on essential service features such as security, speed, reliability and compatibility with other networks.

The promotion will reward customers monthly with home appliances like fridges, TV sets, microwave ovens with the grand reward being two brand new Peugeot saloon cars – one for a winning agent and one for a winning customer.

Customers will win these prices by accumulating loyalty points for conducting G-Money transactions including but not limited to deposits, cash-out, P2P transfers, and group services. Customers who invite others to sign up also stand a chance to win in the “Win like a Gee” promo.