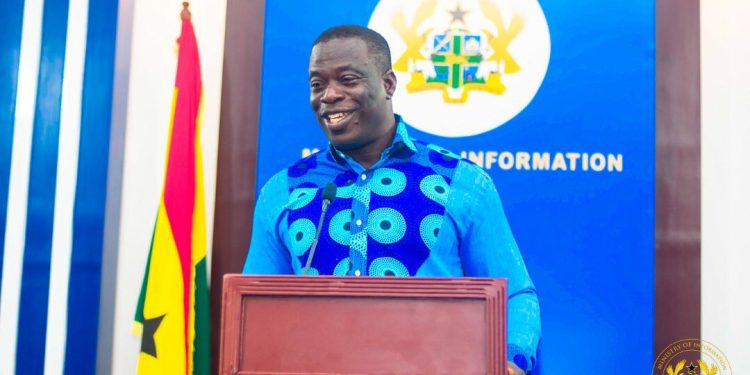 The Government of Ghana is to roll out a GH¢1 billion inter-ministerial job creation initiative between now and 2024.

One million jobs are to be created under the initiative, which also seeks to strengthen the coordination of job creation efforts across the sectors of the economy.
Mr Ignatius Baffour Awuah, the Minister for Employment and Labour Relations, announced in Parliament on Tuesday that Government would soon outline a major policy statement on the initiative, to the House.
According to him, the initiative seeks to strengthen the coordination of job creation efforts across the sectors, adding that, an estimated one million jobs are expected to be created for the youth out of the programme between now and 2024.
Mr Awuah made the announcement when responding to a question by Ms Sophia Ackuaku, Member of Parliament (MP) for Domeabra/Obom on what plans the Ministry has in terms of creating jobs for the youth and women in her constituency to enable them to support themselves and their families.
Mr Awuah explained that the youth and women in the Domeabra/Obom Constituency would be beneficiaries of the GHC1billion initiative.
Mr Awuah also noted that since 2017 to date, the government had been working assiduously to create various jobs opportunities for Ghanaians particularly the youth across the country.
He said, as a result, a number of jobs have been created through the implementation of various government job creation interventions such as Planting for Food and Jobs Programme, One District One Factory Programme, Nations’ Builders Corp (NABCO), Youth Employment Programme under the YEA and National Entrepreneurship and Innovation Programme.
ADVERTISEMENT
Source: GNA
Tags: Employment and Labour Relations MinistryUnemployment in Ghana
Previous Post